Soundarya Rajinikanth, the younger daughter of Kollywood legend Rajinikanth, tied the knot with close friend Vishagan Vanagamudi this February and began a new chapter in life. Thereafter, she went on a honeymoon and had a blast with her Prince Charming much to the delight of fans. Now, here is some sweet news for all you Soundarya fans out there

During a recent interview with a leading magazine, the VIP 2 director opened up about her personal life and revealed that Vishagan shares a lovely bond with Ved and is extremely fond of the little one.

Recalling a special moment from her wedding, she said that she felt quite tense right before the wedding 'Muhurtham' as Ved was not with her. Seeing her in a disturbed frame of mind, Vishagan told her that she would marry her only once Ved entered the wedding which made her feel better.

Soundarya also revealed that they have shot a video of Vishagan requesting Ved to allow him to marry his mother which they'll share with him when he turns 18.

These are some sweet revelations and they prove that Soundarya is going through a terrific phase in life. We wish her good luck and hope that she stays happy for a long time to come. 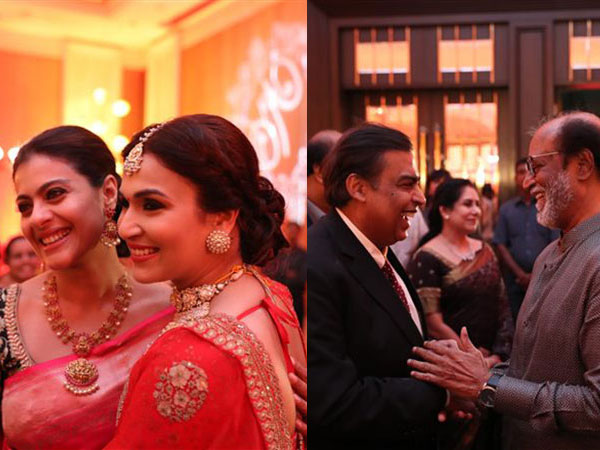 Soundarya Rajinikanth Wedding Celebrations: These Unseen Photos Are Worth Their Weight In Gold