Last year, young actress Yashika Anand became the talk of the town when she participated in Bigg Boss Tamil Season 2 and emerged as the top choice of 'Gen Y'. The bold Punjabi lady grabbed plenty of attention due to her good looks and her turbulent friendship with Aishwarya Dutta. She also had a brief affair with heartthrob Mahat which became the highlight of the Kamal Haasan-hosted show. Now, Yashika is in the limelight for an awesome reason. In an exciting development, some splendid clicks of the lovely lady are going viral and turning up the heat.

In this priceless click, Yashika is seen unwinding like a boss and making her fans go weak in the knees. She truly is the perfect mix of sugar, spice and everything nice.

Here is another adorable snap of Yashika raising the temperatures with her naughty yet innocent mannerisms. The young girl is going through a terrific phase in life and enjoying it to the fullest.

Despite being quite young, Yashika is no stranger to making bold/ raunchy statements. In one of her most explosive interviews, she had revealed that she was once caught while watching p*rn which ruffled a few feathers. In yet another interview, she claimed that there is nothing wrong in pre-marital intimacy and grabbed plenty of attention.

On the work front, Yashika was last seen in NOTA which saw her act alongside Vijay Deverakonda and Mehreen Pirzada. The film, directed by Anand Shankar, failed to impress critics and sank without a trace. At present, she has Zombie and a movie with Mahat in her kitty. 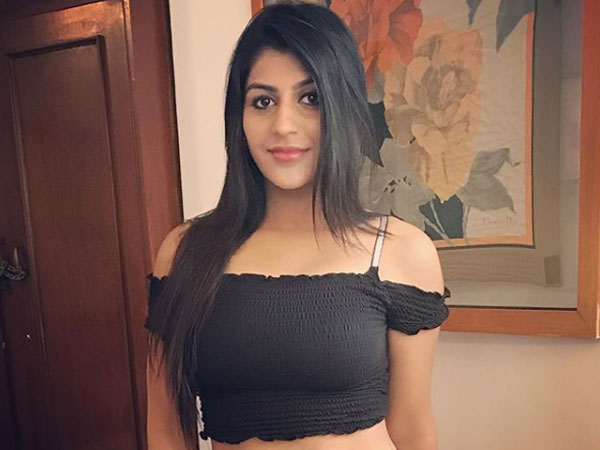 Yashika Anand Talks About Love Failures; Reveals How She Deals With Her Break-ups