Popular actress Amy Jackson, who was last seen opposite Rajinikanth and Akshay Kumar in 2.0, recently caught everyone's attention by posting a topless picture of herself on Instagram. Amy Jackson captioned the photo as, "Spicing lockdown up a lil bit with @desiree_mattsson @nikki_makeup @patrickwilson I genuinely think having hair this high was the highlight of 2020 soooo thanks Patch."

In the above picture, Amy Jackson is looking ravishing. Fans can't take their eyes off her sensuous face expression. The nude makeup, dramatic bouffant hairdo and killer pose are giving a perfect touch to her topless picture. We must say that this photo is one of the highlights of 2020.

Meanwhile, Amy often shares some beautiful pictures of herself on social media. Despite being away from films, the actress knows how to keep her fans updated. For the unversed, Amy Jackson got engaged to her multi-millionaire fiancé George Panayiotou in January 2019.

In September 2019, the actress gave birth to a baby boy. The couple named their son Andreas. Amy and George celebrated Andreas' first birthday in London in the presence of their family members and close friends last month. A few months ago, the 2.0 actress had shared some adorable pictures of her son and fiancé George on the occasion of Father's Day 2020.

Amy Jackson thanked George for being a wonderful father and captioned the snap as, "The best chapter yet ❤️ Thankyou for being such a loving, protective Daddy to our little boy. Happy Fathers Day."

On the professional front, Amy is currently in talks for some Hindi and Tamil projects. The actress is expected to reveal about her next film soon. 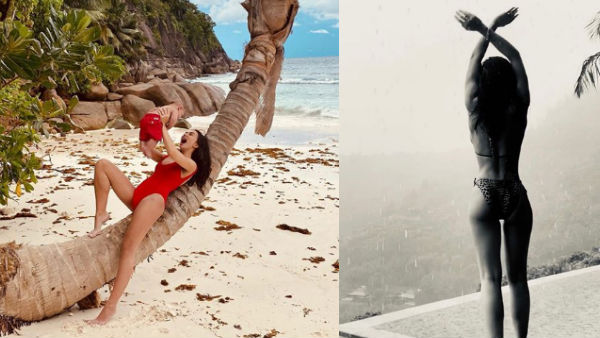 Also Read : Amy Jackson Soaks In The Sun And Rain On Her 28th Birthday, Vacations With Her Baby Boy Andreas! 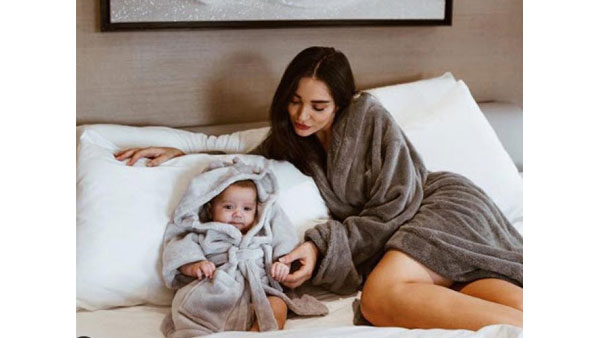