Just last week, the makers of Vijay starrer Master stormed the social media by unveiling the second look poster. The action-thriller, which is written and being directed by Lokesh Kanagaraj, stars Vijay in the titular role and Vijay Sethupathi as the antagonist. Andrea Jeremiah, Malavika Mohanan and Shanthanu are also a part of the film along with few other familiar faces.

Since fans will get to see Vijay in a never-seen-before avatar, expectations are sky-high from Master which went on floors in October last year. And now we have got another fresh update on the film courtesy Andrea Jeremiah. Yes, the gorgeous actress took to social media a while back and revealed that she is gearing up for the final schedule of Master.

Andrea shared a few pictures on Instagram wherein she is seen discussing something with her filmmaker Lokesh Kanagaraj. Along with that, she announced, "#setlife #grateful to be working with this amazingly talented #filmmaker in one of the biggest films of 2020 gearing up for the final schedule in Feb #lokeshkanagaraj #master #ilayathalapathy #anirudh."

Master, which is undoubtedly one of the most awaited films of this year, is scheduled to hit the theatres on April 9. The film will also be dubbed in Telugu. What's interesting is the fact that even before releasing, Master has turned out to be a profitable venture for its makers. We say so because the Vijay starrer has reportedly crossed the Rs 200-Crore mark with its pre-release business, which includes the satellite, digital streaming, and audio rights.

Since Vijay and Vijay Sethupathi are collaborating for the first time, fans are although more excited for the film's release. With so much positive buzz and talented ensemble cast, Master has definitely got all the ingredients of a blockbuster film. So will it storm the box office on April 9? The chances are very bright, we think! 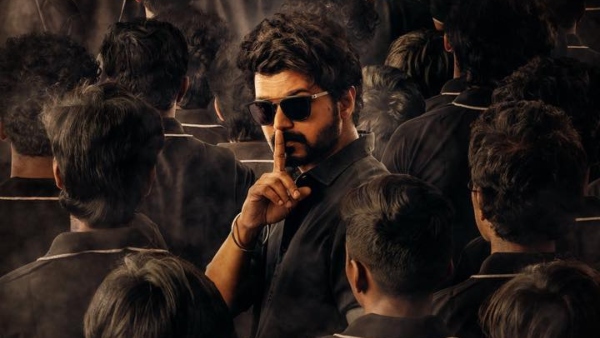