Vikram's much-awaited first look from Cobra is finally out. Director Ajay Gananmuthu took to his twitter handle to unveil the actor's breathtaking looks from the movie. The poster has the experimental actor Vikram in seven different avatars and netizens are indeed head over heels in love with his look as #Cobrafirstlook trends on social media, especially on Twitter. Vikram looks unrecognizable in all the looks leaving the audience intrigued. Earlier, while talking to a leading daily, Vikram had revealed that the character he is playing would have grey shades.

The movie had left fans in anticipation since December 2019 when the title was announced.

Cobra touted to be a spy thriller, went on floors in November last year. Currently, the movie is being shot in Kolkata and the team will be soon fly to Russia to shoot the climax scene.

KGF Fame Srinidhi Shetty will be seen romancing the actor in the movie which has Teejay, Anandraj, Mirnalini Ravi, KS Ravikumar, Babu Antony, Padmapriya and Mamukkoya in supporting roles. Interestingly, former cricketer, Irfan Pathan will also make his debut with this project.

The multilingual movie will be released in Tamil, Telugu, and Hindi and is Produced by Lalit Kumar under the Seven Screen Studio banner. The thriller has music composed by AR Rahman and is slated for a summer release this year.

On a related note, Cobra marks the first collaboration of the actor with Ajay Gananmuthu. Ajay has previously directed Demonte Colony (2015) and Imaikkaa Nodigal (2018). While Vikram is on a shooting spree with Gautham Menon's Dhruva Natchathiram and RS Vimal's Mahavir Karna. 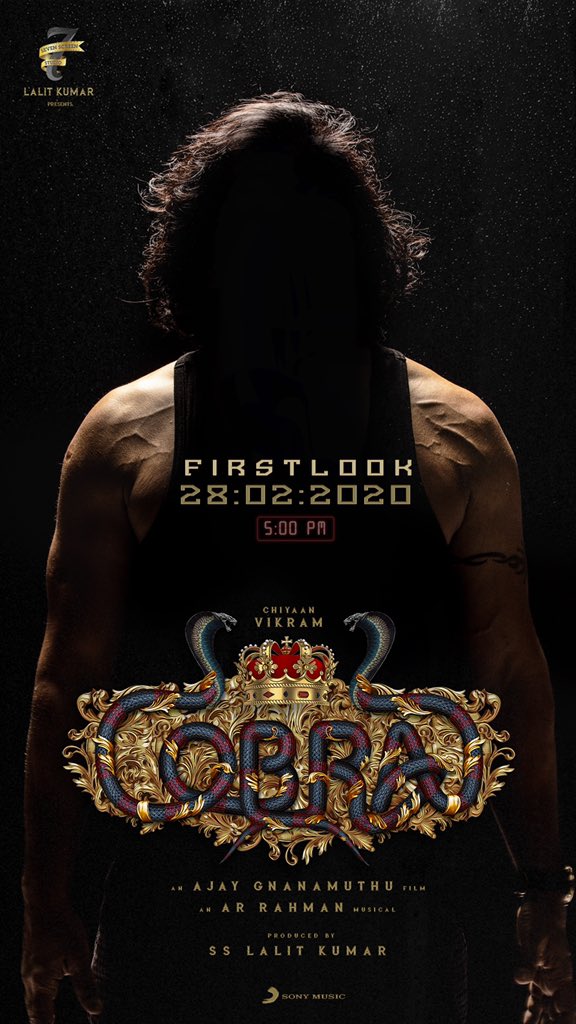 Cobra: Makers to unveil First Look of Chiyaan Vikram-Starrer On This Date!