Kamal Haasan, the powerhouse of talent is all set to make a grand comeback to Tamil cinema after a short break, with some promising projects. Recently, it was reported that Kamal Haasan might team up with popular filmmaker Gautham Vasudev Menon once again, for the sequel of their 2006-released action thriller Vettaiyaadu Vilaiyaadu.

Director Gautham has finally confirmed the reports now in a recent interview given to a popular media. The filmmaker confirmed that Vettaiyaadu Vilaiyaadu 2 is happening indeed, to the much-excitement of the fans of the actor-director duo and cine-goers. According to Gautham Menon, the project will have an official announcement in April 2020.

The director also revealed that he had narrated the plot idea of Vettaiyaadu Vilaiyaadu 2 to Kamal Haasan. The senior actor is said to be highly excited about the storyline of the project and asked Gautham Menon to start working on the script. The Ulaganayagan will reprise his highly celebrated character, DCP Raghavan, in the sequel.

However, the filmmaker has not revealed much about the rest of the star cast of the project, especially the female lead. Recently, it was reported that Anushka Shetty has been roped in to play the female lead in Vettaiyaadu Vilaiyaadu. But some other sources suggest that Jyothika, who appeared as the female lead in the original, might reprise her role in the sequel. Isari K Ganesh, the renowned producer is said to be bankrolling the Kamal Haasan-Gautham Menon project under his home banner Vels International.

Vettaiyaadu Vilaiyaadu, which was released in 2006, has been considered as one of the finest crime thrillers ever made in Tamil cinema. The project marked Kamal Haasan's first collaboration with Gautham Vasudev Menon. Jyothika and Kamalinee Mukherji appeared as the female leads in the project, which had emerged as a critical and commercial success. 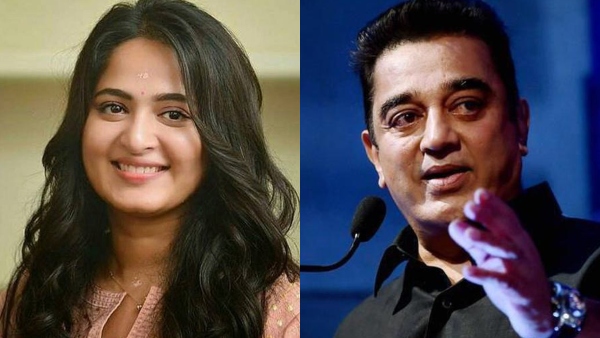 Kamal Haasan And Anushka Shetty In Gautham Menon's Next?