The citizens of India are facing a tough time during the 21-day lockdown imposed by PM Narendra Modi to curb the spread of the deadly COVID-19. However, some people are trying hard to keep themselves high on alcohol. Amidst all, the shocking piece of news about the late Tamil actress, Manorama's son has just come out.

According to The Hindu report, Manorama's son allegedly consumed sleeping pills after he didn't get alcohol due to the lockdown. Isn't it shocking? Well, the report further stated that Manorama's son, Boopathy consumed a lot of sleeping pills and due to the overdose, he is now in a hospital. The actor-singer was taken to the hospital on April 7 when he was found lying unresponsive on his bed.

He was soon taken to the Apollo Hospital in Thousand Lights, Chennai, where he has been kept in the ICU. Reportedly, the doctors had advised Boopathy to take sleeping pills for his health issues but, without their concern he consumed it more than one should. Thankfully, his health is now stable and the police investigation is currently going on.

For those who are unaware, the legendary Tamil actress Manorama passed away in 2015 due to heart attack. Manorama brought up her son single-handedly post getting divorced just two years after marriage. She had once told a leading daily, "Even when I stood before the camera, I would be crying within. I kept all my sorrows away to live for my son." 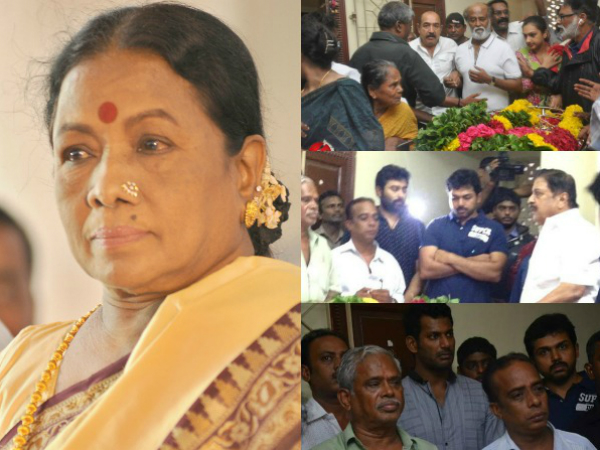 On a related note, Coronavirus is rapidly spreading in India. The country has reported 5,480 COVID-19 positive cases in which 167 people died so far.