Amid all the madness and anticipation, Rajinikanth's much awaited film, Darbar, has finally hit the theatres and people are going gaga over the superstar's cop avatar! Directed by A. R. Murugadoss and produced by Allirajah Subaskaran under the banner of Lyca Productions, the film also casts Nayanthara, Nivetha Thomas, and Sunil Shetty in the lead roles. Unfortunately, within a few hours of its release, Darbar full movie gets leaked online for free download. However, trade experts hint that owing to Rajinikanth's fandom, the film's business won't be affected as people wait eagerly to watch Rajinikanth on the big screen!

Meanwhile, here's how netizens are reacting to Darbar so far..

"Biggest advantage for Darbar is @i_nivethathomas & Thalaivar sentiment in second half has worked out very well. This will be appealing to general audience especially ladies. Nivetha's video message to Thalaivar in second half will definitely bring tears😕."

"#Darbar didn't have the hype kaala or kabali had, but the movie has everything a commercial potboiler needs. This is why you shouldn't overdo the promotion... Comes with limited hype and exceeds expectations. @ARMurugadoss shows his fan side as a director."

"RAJINIFIED THRILLER ! Darbar is the film that every Thalaivar fan was eagerly waiting for so many years. ARM strikes Gold. The King rules every scene THALAIVAR CHUMMA KIZHICHI IRUKAARU ! Extraordinary film."

"I enjoyed, I giggled, I whistled I cried, I liked Darbar."

"First half is rajinikanth movie and second half has more touch of ARM than rajinikanth.. #DarbarReview." 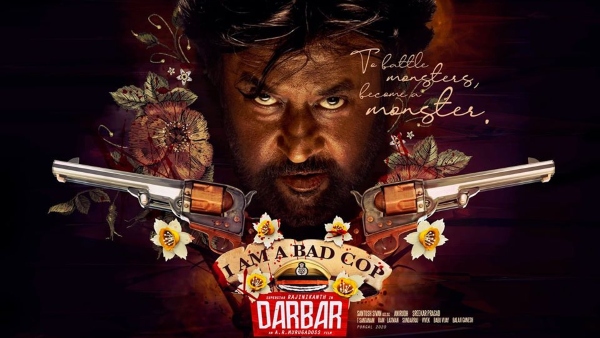