Here is a piece of super exciting news for the Tamil cinema audiences. Vijay Sethupathi, Nayanthara, and Samantha Akkineni, the three most sought-after talents of the industry are all set to come together on the silver screen for the first time. The trio has been roped in to play the lead roles in the upcoming romantic comedy, Kaathuvaakula Rendu Kaadhal.

Vignesh Shivn, the director of the project announced the exciting news through his official social media pages, by releasing a highly promising announcement teaser and poster. The fun-filled teaser hints that Kaathuvaakula Rendu Kaadhal is a three-way love story that revolves around the characters played by Vijay Sethupathi, Nayanthara, and Samantha Akkineni.

A script very close to my heart :) Thanking the universe 😇 for making it happen at the right time :) Joining with these lovely people again #vijaysethupathi #nayanthara @anirudhofficial A big Thank you and a warm welcome to @samantharuthprabhuoffl 🥳🥳😇😇🙏🏻🙏🏻🙏🏻 #godisgood #kaathuvaakularendukaadhal #KRK #LoveStartsSoon

The biggest highlight of the interesting announcement teaser is the exceptional background score which is composed by the young musician Anirudh Ravichander. The teaser has raised the expectations over Kaathuvaakula Rendu Kaadhal and is currently going viral on the social media platforms.

Vignesh Shivn has earlier teamed up with Vijay Sethupathi, Nayanthara, and musician Anirudh Ravichander, for the 2015-released romantic comedy Naanum Rowdy Dhaan which marked his directorial debut. According to the reports, the director was planning to kickstart Kaathuvaakula Rendu Kaadhal for a while now, but the project was delayed due to the busy schedules of its lead actors.

Both Vijay Sethupathi and Nayanthara are sharing the screen with Samantha Akkineni for the first time in their careers. Even though Sethupathi and Samantha have earlier collaborated for the highly acclaimed movie Super Deluxe, the duo didn't have any combination sequences in the film. Nayanthara, on the other hand, has shared the screen with Vijay Sethupathi in Naanum Rowdy Dhaan and Imaikaa Nodigal, in which the latter made a cameo appearance.

Kaathuvaakula Rendu Kaadhal, which marks the comeback of Naanum Rowdy Dhaan team after a 5-years gap, is produced by Vignesh Shivn under his home banner Rowdy Pictures, along with 7 Screen Studios. The project is expected to start rolling soon. 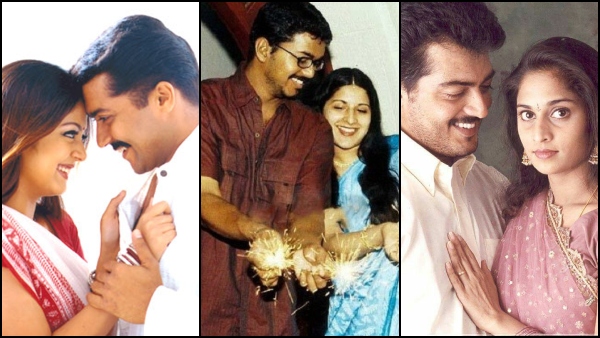