Kangana Ranaut has always been considered as one of the most powerful and versatile actresses in Indian Cinema. She is currently shooting for her upcoming film 'Thalaivi' which is based on the life of celebrated late south actress and politician Jayalalithaa aka Amma.

Amidst all, the 'Panga' actress recently expressed her wish to play the iconic role of Kannagi, a famous woman and deity from Tamil Nadu. During a media interaction, Kangana revealed that she got to know about Kannagi from 'Thalaivi' director Vijay.

For those who are unaware, Kannagi is a woman who avenged her adulterous husband's death and has several literary works on her life. The legendary Tamil woman is remembered as the epitome of chastity and is worshipped as a goddess in selected regions.

After learning about Kannagi, Kangana asked Vijay to make a movie on her life and even expressed her wish to portray her on the silver screen. However, the actress will take a call on the movie only after the release of her upcoming, 'Thalaivi'.

Meanwhile, Kangana Ranaut who is currently busy shooting for 'Thalaivi', has always been sharing updates on her social media handle. A few days ago, her picture of doing Bharatnatyam dance went viral on social media and no doubt she was looking beautiful and graceful in it.

Earlier, Kangana shared the first look of Thalaivi on social media. Her official fan club account wrote, "#Thalaivi First Look A superstar heroine, a revolutionary hero, and now it's time to watch her story unfold! Presenting #KanganaRanaut, in & as #Thalaivi. A film by #Vijay, arriving in cinemas on 26th June 2020."

Well, Kangana Ranaut starrer 'Thalaivi' is all set to release on June 26, 2020. The film also stars Aravind Swami and Priyamani in key roles. 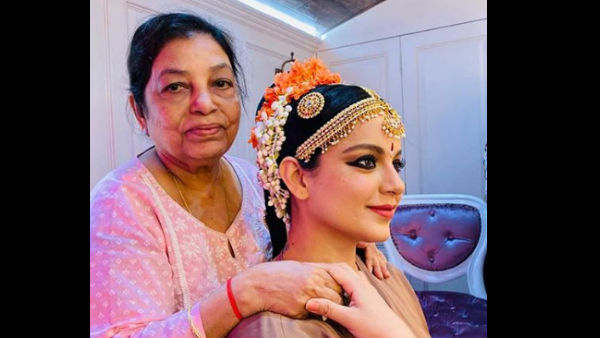