Actress-turned-politician Khushbu Sundar has been happily married to noted filmmaker Sundar C for 20 years now. Yes, the couple took the plunge in 2000 but the big proposal happened much before that. It was on February 22, 1995, that the Aranmanai director proposed Khusbhu and since then the two have been living a fairy tale love story.

Just a while back, the Chinna Thambi actress took to the microblogging site Twitter and posted a heart-warming message for her hubby. Getting nostalgic about her proposal, the 49-year-old wrote, "It was on this day, 25 yrs ago, you proposed to me..nothing has changed over these years, except the pics. I still love you the same. You still make me blush when I look into your eyes...I still go weak in my knees as you smile. You are my all. #25yrs #silverjubilee."

As soon as Khushbu shared the romantic post on her Twitter timeline, fans started flooding her account with congratulatory messages. And why not? After all, in a world full of relationship statuses and updates, it's nice to see a couple that reaffirms our faith in true love.

On the professional front, Khushbu is teaming up with superstar Rajinikanth after 28 long years. The actress will be sharing screen space with him in Siruthai Siva's upcoming directorial venture, Thalaivar 168. The movie will be bankrolled by Sun Pictures and will also star Meena, Soori, Prakash Raj and Keerthy Suresh in pivotal roles.

As for Sundar C, the filmmaker is awaiting the release of his action-comedy, Madha Gaja Raja. He is also helming Aranmanai 3 which will feature Arya and Raashi Khanna in the lead roles. Since Aranmanai has turned into a successful franchise, expectations are quite high from the third installment which is likely to release this year itself. 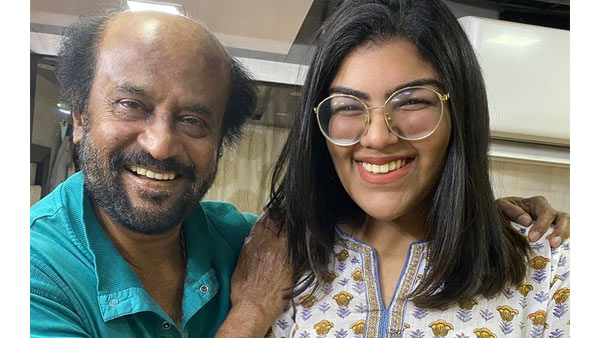