Desert locust swarms have recently become a new threat to India amid the Coronavirus pandemic. The government stated that India is witnessing the worst locust attack in the last 27 years. States like Punjab, Rajasthan, Madhya Pradesh, Gujarat, Uttar Pradesh and some parts of Maharashtra have been affected by the grasshoppers.

Considering the seriousness of the situation, director KV Anand said that he is worried and termed it as a new phenomenon in India. For those who don't know, KV Anand's film Kaappaan, starring Suriya, had a locust attack as its central theme. Some scenes from the Tamil film are similar to the current situation.

Speaking about the same, KV Anand told India Today, "I am getting so many calls and messages appreciating me for making a film on locust attacks. But I feel bad. I can't really be happy about it. Locust invasion can cause massive destruction to the country, and we have to take all possible measures to stop them from multiplying."

KV Anand revealed that while scouting locations for one of his films in Madagascar, he had witnessed the locust attack. He told the portal, "I visited Madagascar nine years ago for the pre-production work on Suriya's Maattrraan. I was on location-scouting. While I was travelling in a car with my team, I saw thousands of locusts approaching us. It became difficult for us to drive and we had to stop for hours for it to get cleared. That's when I inquired about them to a local resident there and gathered a lot of details. Later, I incorporated the idea in my film Kaappaan."

KV Anand On His Research on Locust Attack

The filmmaker opened up about the research he did on the locust attack and said, "I also did extensive research on the subject before working on Kaappaan. There are a lot of references in the Bible and the Quran on locust invasion. In fact, locusts played a major role in migration and other changes in civilisation. The worst part is that these insects can attract a lot of rats and can indirectly spread disease. Mumbai became the victim of a locust attack in the period of 1903 to 1906. History will always repeat. We have to act fast and control it."

While concluding the interview, KV Anand revealed that he is working on a script during the lockdown. He said, "I am still working on the script. The cast and crew of my next project will be finalised post the lockdown." 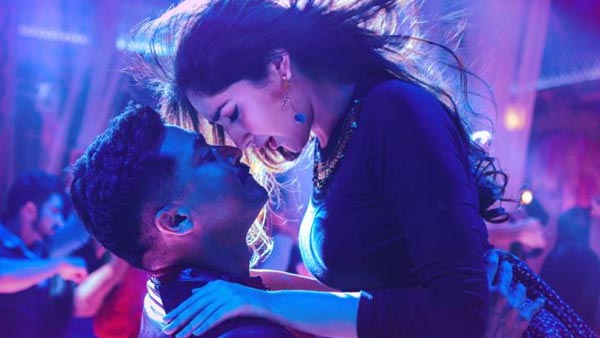