The Tamil cinema audiences have been eagerly waiting for the official trailer of Master, the upcoming Thalapathy Vijay project, ever since the audio of the project was launched. The Master trailer, which was supposed to be released in March 2020, was postponed due to the all India lockdown. Reportedly, the trailer of the Vijay starrer has finally got a release date.

If the latest reports are to be believed, the makers are planning to release the Master trailer on May 3, Sunday. But, if things didn't go as planned, the makers might postpone the trailer release of the Lokesh Kanagaraj directorial to May 10, 2020. An official confirmation on the same is expected to be made very soon.

Master trailer is expected to break all the pre-existing records of the Tamil film industry, considering the huge hype surrounding the Thalapathy Vijay starrer. Even if the trailer is released in May 2020, the action-thriller might not hit the theaters anytime soon, due to the coronavirus threat.

According to the rumour mills, popular OTT platform Amazon Prime has bagged the online streaming rights of Master for a record price. But both the makers of the project and Amazon Prime representatives have not made an official announcement on the same, yet.

Interestingly, Master is all set to emerge as the first multi-lingual pan-Indian film of its lead actor Vijay's career. If the reports are to be believed, the action thriller will be simultaneously released in Tamil, Telugu, Malayalam, Kannada, and Hindi languages.

Vijay Sethupathi, the Makkal Selvan of Tamil cinema will appear as the main antagonist in the movie, which features Petta fame Malavika Mohanan as the female lead. Anirudh Ravichander has composed the songs and background score for the project. Master is produced by Xavier Britto, under the banner XB Creations. 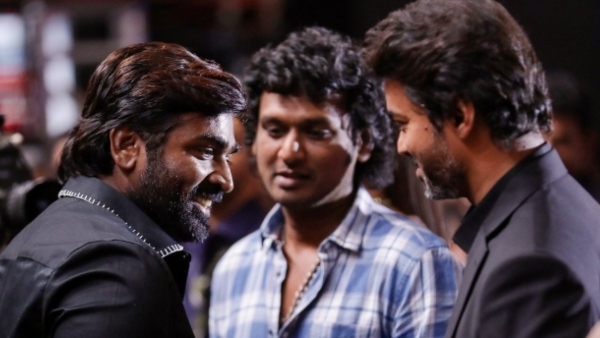 Master Will Be A Complete Treat For The Fans Of Vijay & Vijay Sethupathi: Lokesh Kanagaraj