Vijay-starrer Tamil film Master is creating a solid buzz amongst the masses. A few days ago, the makers of Master released the first single of the film, Oru Kutti Kathai which was sung by none other than Thalapathy Vijay himself.

Ever since the single was released, fans can't wait to see the first teaser of Master. And guess what, their wish will soon be granted. Recently, at an event, director of Master, Lokesh Kanagaraj revealed the release date of Master teaser.

In the video, Lokesh Kanagaraj confirmed that he is going to release Vijay-starrer Master teaser on his birthday i.e. March 14, 2020. It seems like the Master teaser release day is going to be a special day for Vijay fans.

Master is indeed a special film for Thalapathy Vijay. The film also stars Vijay Sethupathi in a negative avatar. Interestingly, at the wrap of Master, Vijay Sethupathi kissed Vijay on the cheeks. Well, the moment was quite special for both the Vijay fans. 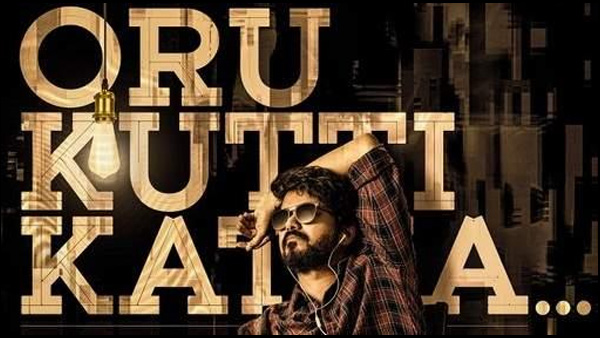 The Thalapthy Vijay-starrer Master also stars Malavika Mohanan, Andrea Jeremiah, Shanthanu Bhagyaraj and Arjun Das in pivotal roles. The film's music has been composed by Anirudh Ravichander and it's all set to release on April 9, 2020.