As we all know, Vishnu Vishal will next be seen in the thriller, which is said to be the most-awaited film this year. The untitled film is already creating a buzz amongst the masses ever since its announcement. But fans were waiting to know the official title of Vishnu Vishal's upcoming thriller.

The announcement teaser of Vishnu Vishal's next is out and as expected, it will leave you shocked. Sharing the teaser on Twitter, the actor wrote, "Here's the TITLE ANNOUNCEMENT TEASER of my next, directed by @im_the_TWIST. This time the hammer is in my hands Winking face."

PS: Watch it on your laptop or TV, YouTube is restricted to 480P on 🤳now

In the video, Vishnu Vishal is in a rough look. The film's title is Mohan Das and it seems to be an edge of the seat thriller with a lot of shocking moments.

Earlier, in the announcement poster, Vishnu already hinted about the film. In the photo posted by Vishnu Vishal, one can see, a magazine cover, hammer with blood stains. Amidst the Coronavirus lockdown, Vishnu Vishal's tweet is a ray of hope for his fans as they cherish the moment of his next film's title announcement.

TITLE ANNOUNCEMENT TEASER of @TheVishnuVishal's next film will be out tomo evening at 04.07PM on the @VVStudioz YouTube channel👍

Apart from the film, Vishnu Vishal was also in news for his relationship with his girlfriend and badminton player, Jwala Gutta. Reports in the leading portals stated that Jwala and Vishnu may get married after the Coronavirus lockdown. We will have to just wait to see that. 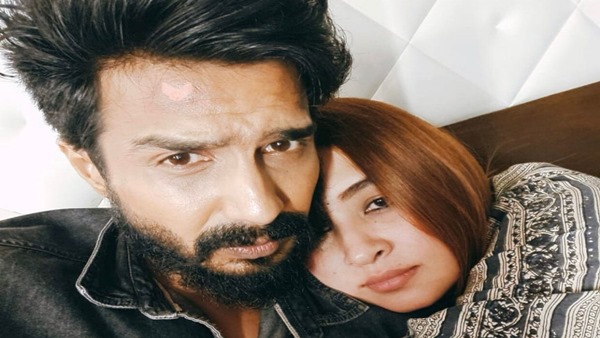 Also Read : Vishnu Vishal And Jwala Gutta To Get Married After Coronavirus Lockdown?

On a related note, Vishnu Vishal is currently working on FIR, directed by Manu Anand and stars Manjima Mohan in the female lead. The film also stars Raiza Wilson playing an important role. Vishnu is also a part of Rana Daggubati-starrer Kaadan.