After the recent release of the teaser of Keerthy Suresh's upcoming venture, Penguin by the leading actresses of various film industries, the makers of the movie have now come up with the trailer of the movie. Today, Mohanlal, Nani and Dhanush took to their social media handles to release the trailer of the highly-anticipated film, which opens with a person holding an umbrella and walking across a picturesque forest.

In the 2 minutes and 32 seconds video, Keerthy Suresh is shown as a helpless mother, who is in search of her missing son Ajay. In another shot, the actress is seen coming face to face with a person wearing a charlie chaplin mask in the trailer, which hints at the film having a touch of psychological horror thriller.

The video ends with a person striking a huge blood-stained knife. Well, with the tremendous performance of the actress in the trailer, the movie is sure to be a promising release of the year.

Here is the trailer:

Launching the trailer of the film, the Complete Actor Mohanlal gave his best wishes for the whole team for the movie release.

Actor Nani called the trailer quite promising, intriguing and scary. He also added that he would be in attendance for the first day first show of the film at home.

Dhanush wrote, 'the extraordinary journey of a mother begins', as he released the highly-awatied trailer.

For the unversed, Penguin will start streaming on Amazon Prime Video from June 19. The Keerthy Suresh-starrer will mark the second Tamil film to have its release on OTT platform after Jyotika's Ponmagal Vandhal. The movie will be available in Telugu, Tamil and Malayalam languages. Written by Eashvar Karthic, the thriller has been bankrolled by Kaarthekeyen Santhanam, Sudan Sundaram, Jayaram and Karthik Subbaraj. The movie has music scored by Santhosh Narayanan. 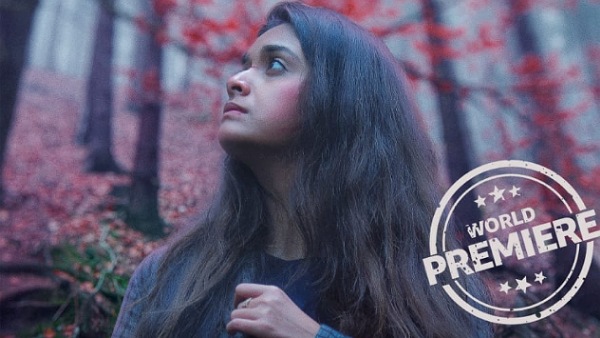