Rajinikanth, the superstar is all set to join hands with the renowned filmmaker Siva for the first time, for the upcoming project Annaatthe. The movie, which was initially titled Thalaivar 168, is said to be an out and out mass entertainer. As per the latest reports, the Rajinikanth starrer might not hit the theatres in August 2020, as expected.

Recently, the sources close to the project had suggested that Annaatthe is slated to be released August, on the occasion of Vinayaka Chathurthi. However, the release of the Rajinikanth starrer is now postponed to the Pooja season of 2020. Reportedly, the team decided to postpone the release, as the shooting of project has been canceled due to coronavirus scare in the country.

As per the latest updates, the shooting of Annaatthe might not resume anytime soon, as the country is having a complete lockdown for the next 21 days. Thus, the shoot might not get completed by the end of April 2020 as expected, which will affect the release of the Rajinikanth starrer.

The next schedule of Annaatthe is expected to start rolling in Pune or Kolkata once the things are back to normal. According to the close sources, the movie revolves around the character played by Rajinikanth, who is fondly addressed as Annaatthe by the people around him. If the reports are to be believed, the Siva directorial narrates the story of the bond between an elder brother and his sisters.

Annaatthe features lady superstar Nayanthara, National award-winner Keerthy Suresh, senior actresses Khushboo, and Meena, as the female leads. Prakash Raj, Soori, Sathish, Vela Ramamoorthy, George Maryan, and so on essay the other pivotal roles in the movie, which is scripted by director Siva himself.

Vetri handles the cinematography of the project. D Imman composes the songs and background score. The editing is handled by Ruben. Annaatthe is produced by Kalanithi Maran, under his home banner, Sun Pictures. 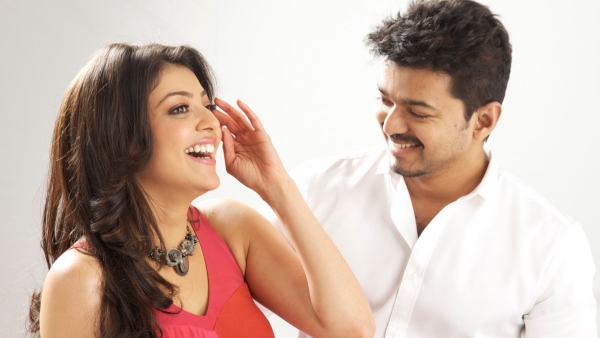 Kajal Aggarwal To Team Up With Vijay Again For Thuppakki 2!