Darbar, the Rajinikanth starring action thriller was released on January 9, 2020 as a Pongal special release. The movie, which hit the theaters as Rajnikanth's first release for the year, earned mixed reviews from the audiences and did an average business at the box office. Darbar marked Thalaivar's first collaboration with popular filmmaker AR Murugadoss.

Now, the sources close to the project have revealed a highly exciting piece of news. As per the reports, Darbar is all set to have its world television premiere very soon. If things fall in place, the Rajinikanth starrer will be telecasted in Sun TV on April 14, 2020, at 6.30 PM on the occasion of Tamil new year.

According to the reports, the Telugu version of the movie will be premiered on April 10, 2020, in Gemini TV at 6.30 PM. The Malayalam and Kannada versions too will be premiered soon in Surya TV and Udaya TV respectively. Darbar Hindi version was recently premiered in the Star Gold channel.

Earlier, Darbar had made headlines after the distributors decided to go on a hunger strike if losses made by the movie are not compensated. Later, Rajinikanth reduced his remuneration by almost 50 percent to compensate the distributors for their loss. Despite being released in about 4000 screens all over the world, the AR Murugadoss directorial failed to meet the expectations and did not emerge as a blockbuster. 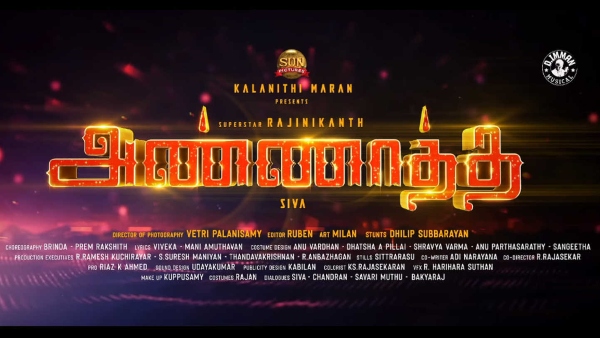 Rajinikanth's Annaatthe Gets Postponed: Here Is The New Release Date!