The multi-faceted actor will be releasing the first look of his 14th film Ayalaan directed by R Ravikumar today at 7.07 pm in the evening. As per buzz, Sivakarthikeyan will be appearing in a triple role in the sci-fi flick. The movie is slated to release by mid 2020 and has an ensemble cast comprising Rakul Preet Singh, Yogi Babu, Karunakaran, Isha Kopikar and Bala Saravanan in supporting roles. Ayalaan is bankrolled by 24 AM studios in collabaration with KJR Studios. AR Rahman will score music for the film.

In the already released Doctor poster the Hero actor was seen sitting on an armchair with bloody gloves and a scalpel held on one hand. Donned in a faded red t-shirt and blue trousers with glasses on, the actor looked intense as ever. Helmed and written by Nelson Dilipkumar, the movie will have Gangleader fame Priyanka Arul Mohan as the female lead. Doctor will also feature Yogi Babu, Vinay and Archana in pivotal roles.

Here is the first look of my next #DOCTOR 😊👍 #DoctorFirstLook

Produced by Sivakarthikeyan's SK Productions and co-produced by Kalai Arasu, the movie's release date has not yet been announced. Vijay Karthik Kannan is cranking the camera for the movie in which music is composed by Anirudh Ravichander. It looks like his fans are loving the poster as praises and birthday wishes shower for the actor on all social media platforms.

Sivakarthikeyan was last seen in the thriller movie, Hero along Kalyani Priyadarshan which received outstanding reactions at the box office. The movie was released in December. 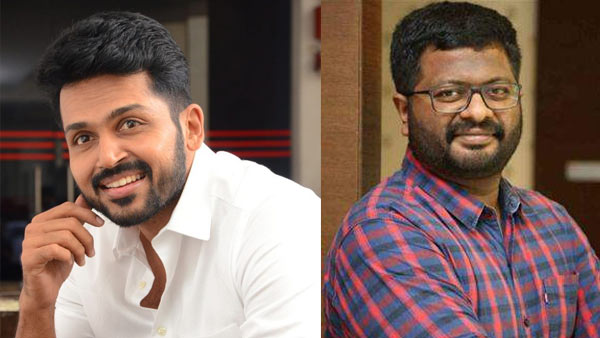 Also Read : Karthi To Star In PS Mithran's Next? Deets Inside!