Soorarai Pottru, the Suriya starrer is all set to hit the theaters once the all India lockdown comes to an end. Aparna Balamurali, the popular Malayalam actress is appearing as the female lead opposite Suriya in the highly anticipated project. Recently, the sources close to the project made an interesting revelation about Aparna's character in Soorarai Pottru.

As per the reports, the young actress is appearing in the role of Sundari aka Bommi, a Madurai-based young woman in the movie which is directed Sudha Kongara. Aparna Balamurali's character Bommi is a headstrong, independent woman who falls in love with Maaran, the character played by Suriya. Interestingly, the actress has learned authentic Madurai slang for her character in the movie.

Reportedly, Aparna Balamurali underwent several workshops to get into the skin of her character Bommi. She learned the Madurai slang with the help of a language coach. Unlike most of the leading ladies of the contemporary Tamil cinema, the actress has dubbed on her own voice for her character in Soorarai Pottru.

Aparna Balamurali, who is a well-known face in Malayalam cinema, made her Tamil debut in 2017 with the acclaimed crime thriller 8 Thottakkal. She later appeared as the female lead opposite musician-turned-actor GV Prakash Kumar in the Rajiv Menon directorial Sarvam Thaala Mayam.

Soorarai Pottru, which marks Suriya's first collaboration with the Irudhi Suttru fame director Sudha Kongara, is said to be an autobiographical drama. Suriya is appearing in the role of Nedumaaran Rajangam aka Maara, an ambitious young man in the movie which is based on Air Deccan founder GR Gopinath.

GV Prakash Kumar has composed the songs and background score for the movie. Niketh Bommireddy is the director of photography. The editing is handled by Sathish Suriya. Soorarai Pottru is produced by Suriya himself, along with Guneet Monga under the banners 2D Entertainment and Sikhya Entertainment. 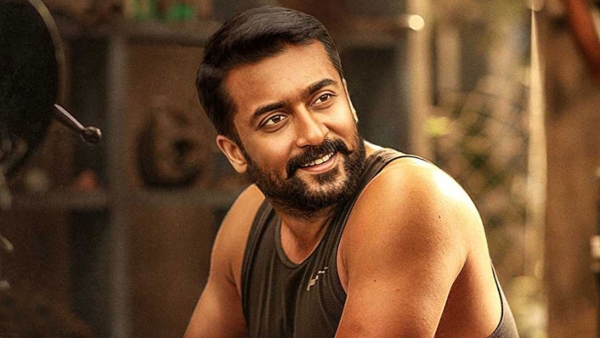