The Coronavirus pandemic, and the eventual lockdown, is literally becoming a headache for the entertainment world, in one way or the other. Well, Kollywood is no different as the shoot and release of various Tamil movies have been halted for now. The makers are eagerly waiting for the situation to get back to normal, to resume the process. Few makers have also been discussing with the video streaming platforms to stream their movies directly online, skipping the theatrical release.

Suriya's recent production venture, Ponmagal Vandhal, starring Jyothika, Bhagyaraj, Pandiarajan, and Pratap Pothen has made its direct OTT entry without the theatrical release. It is said that the exclusive online streaming has irked the Theatre Owners Association, which thinks that the other producers might also follow suit. Looks like Suriya will have to face the music, as the association has decided not to screen any 2D movies in their theatres in the future. This comes to show, as Suriya's Soorarai Pottru is awaiting the release after the lockdown ends. Being a big star of Kollywood, not releasing the film might hugely affect the theatre owners. Well, we will have to wait and watch if the association ends their indirect war with the actor.

Trouble for #SooraraiPottru and all of upcoming 2D entertainment movies..
It looks like theatre owners association have decided to not screen in future any of 2D movies in their theaters due to its decision of releasing #PonMagalVandhal directly in OTT platform..

Talking about Soorarai Pottru, directed by Sudha Kongara, the movie has Malayalam actress Aparna Balamurali as the female lead. Bankrolled by 2D Entertainment and Shikya Entertainment, the action-thriller will have Mohan Babu, Jackie Shroff, and Paresh Rawal in supporting roles. The movie is based on the life of Air Deccan founder GR Gopinath. Three tracks have already been released, which are Maara theme, Veyyon Silli, and Mannurunda. The next track Kaattu Payale, written by Snehan and crooned by Dhee, will have its release today. The music composer of Soorarai Pottru, GV Prakash revealed this during a live interaction with fans on social media. 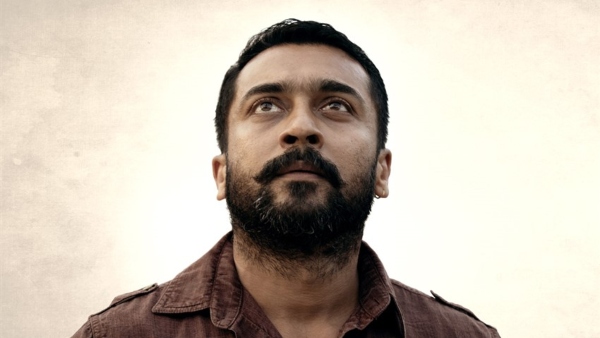 Soorarai Pottru Gets Postponed Again: The Suriya Starrer To Release On This Date?