South superstars Jyotika and Suriya gave 100 fans a virtual experience like never before, by attending their first-ever virtual fan meet & greet session. Considering the times that we live in right now, the Ponmagal Vandhal team ensured to uphold adage 'The show must go' and executed an activity that has been unheard of in the South film industry.

The film's trailer released to a massively positive response last week and is all set to premiere tonight on Amazon Prime Video. Before the release, to make sure that the fans don't miss out on an opportunity to talk to their favourite stars, the Ponmgal Vandal team decided to host a personal and fun meet & greet.

Hosted by the famous Dhivyadharshini, popularly known as DD, the fan meet saw the fans showering their love on Jyotika and Suriya by holding up messages, asking questions, and posting over 19000 comments during the two-hour-long event. The fans rarely get to see the superstar couple come together like this which made this interaction even more exciting. Not only this, but the actors also delighted everyone by showing them an exclusive, never-seen-before sneak-peek video from the film.

Talking about this unique experience, acclaimed actor and producer, Suriya said, "Every actor has films that they have invested a large part of themselves in. This is one such film for Jyotika and it excited her to be working with 5 veteran actors in a single film. Fredrick has written the character and the script in such a way that it feels relevant timelessly, even during the testing times of this pandemic. We are also happy to be associated with Amazon prime video who are taking this content to over 200 countries and territories."

The leading lady of the film, Jyotika said, "We are excited that Ponmagal Vandhal is the first Tamil film set to be launched on direct-to-stream on 29th May 2020. Each actor looks for challenging roles that take their acting to greater heights and my character Venba has brought out the best in me. With Amazon Prime Video's extensive reach, Tamil film lovers, as well as a global audience, shall be kept at the edge of their seats."

A spokesperson from Amazon Prime Video shared, "Our biggest goal during this global crisis has been to make sure that we entertain the audience with the content that they like and Ponmagal Vandhal steps in that direction. When this live session was discussed, it was a great opportunity for Suriya and Jyotika to talk to the fans that love them. The number of entries we got within a day showed just how excited everyone is and we are sure that the same love will be showered on the film."

Written and directed by JJ Fredrick, the film is made under the banner of 2D Entertainment and produced by Suriya. With mavericks like Jyotika, K Bhagyaraj, Thiyagarajan, R Parthiban, Prathap Pothen, and R Pandiarajan in the cast, the film is now streaming on Amazon Prime Video. 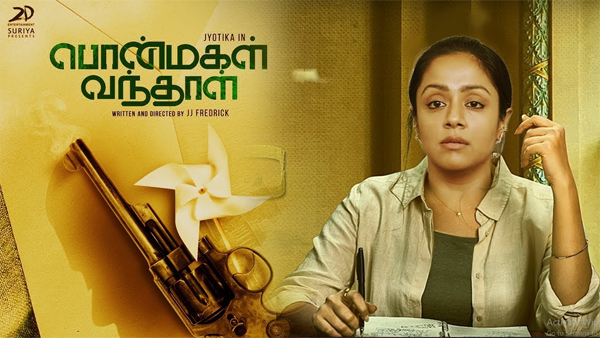 Ponmagal Vandhal Twitter Review: Here's What The Viewers Feel About The Jyotika Starrer! 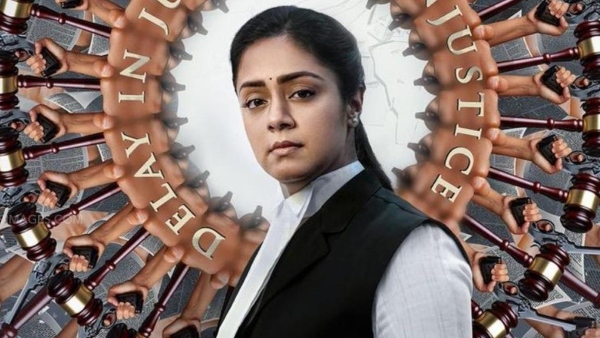