Soorarai Pottru, the upcoming Suriya starrer has garnered the attention of the Tamil cinema audiences much before its release, with the amazing songs. The three songs from Soorarai Pottru which were revealed recently have topped the hit charts. Especially, the romantic number Veyyon Silli had totally impressed the Tamil music lovers and cine-goers.

As per the latest updates, Veyyon Silli lyrical video has now crossed 10 Million views on YouTube, thus emerging as one of the most-viewed Tamil songs of 2020. The lyrical video has also garnered 277K likes. The exciting update was revealed by production banner 2D Entertainment through their official social media pages recently.

Veyyon Silli, which features the lead pair Suriya and Aparna Balamurali, is a romantic number that is written in authentic Madurai slang. The song, which is composed by the renowned musician GV Prakash Kumar, is penned by Vivek. Harish Sivaramakrishnan, the singer who rose to fame with the popular music band 'Agam', has lent voice to this unique track.

The Veyyon Silli song promo video, on the other hand, is nearing 6 Million views on YouTube. The highly promising promo video has totally raised the expectations over Soorarai Pottru, which marks Suriya's first collaboration with the talented filmmaker Sudha Kongara.

Soorarai Pottru was originally slated to be released on April 14, 2020. But now, the release of the movie has been pushed indefinitely due to the all India lockdown. As per the latest reports, the makers are planning to release the movie in June 2020, once things are back to normal.

The Suriya starrer features Jackie Shroff, Paresh Rawal, Urvashi, Mohan Babu, Karunas, Sampath Raj, Vivek Prasanna, and so on in the supporting roles. Soorarai Pottru is bankrolled by Suriya and Guneet Monga, under the banners 2D Entertainment and Sikhya Entertainment. 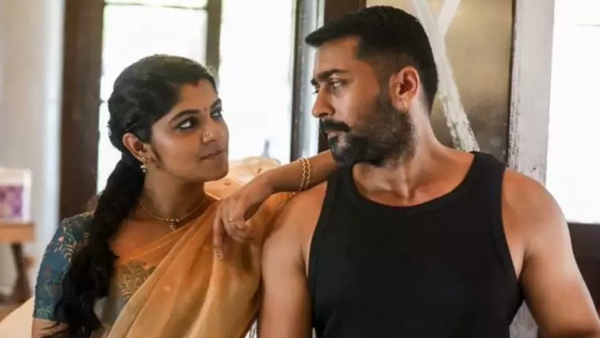