Valimai, the Thala Ajith starring action thriller is one of the most anticipated upcoming films of the Tamil film industry. The movie, which features Ajith in the role of a police officer, marks the actor's second collaboration with director H Vinoth after the great success of Nerkonda Paarvai. As per the latest updates, the release of Valimai has been postponed now.

The Ajith starrer was initially slated to be released by the third week of November 2020, as a Deepavali special release. However, the shooting of Valimai has been suspended currently due to the COVID_19 crisis, which has resulted in a delay in the release of the movie.

As per the latest reports, the release of the action thriller is now postponed to January 2021. If things fall in place, Valimai will hit the theaters by the second week fo January, as a Pongal 2021 special release. In that case, Thala Ajith might not be having any releases in 2020.

As per the latest reports, the Spain and Morocco schedules of Valimai have been canceled due to the coronavirus outbreak that happened globally. Instead, director H Vinoth and his team are planning to shoot the high-voltage action sequences that were supposed to be shot in the foreign locales, in India itself.

Bollywood actresses Yami Gautham and Huma Qureshi are appearing as the female leads opposite Ajith in Valimai. Ileana D'cruz, the popular actress is said to be making a special appearance in the movie, which features Pavel Navageethan in a pivotal role.

Along with director H Vinoth, Valimai also marks Thala Ajith's second collaboration with Boney Kapoor, the popular Bollywood producer, and husband of the late actress Sridevi. Yuvan Shankar Raja, the talented musician has been roped in to compose the songs and background score for the movie. 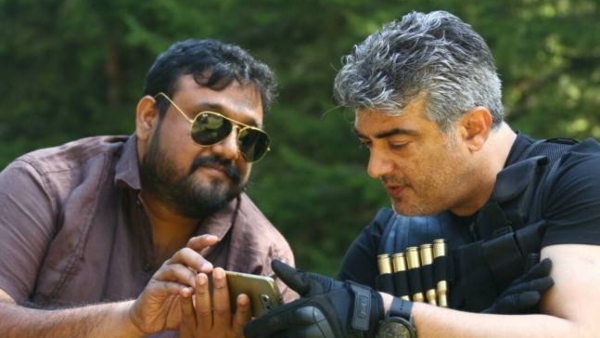 RUMOUR HAS IT! Thala Ajith And Siva To Team Up Once Again?