Thalapathy 65, the upcoming action thriller that brings backs the Vijay-AR Murugadoss duo, is one of the most anticipated upcoming projects of the Tamil film industry. The movie, which is said to be a sequel to the actor-director duo's blockbuster movie Thuppakki, is expected to start rolling once the all India lockdown.

As per the latest updates, Santhosh Sivan, the renowned cinematographer-filmmaker who cranked the camera for the Thuppakki, is all set to join the crew of Thalapathy 65. Recently, Santhosh shared some unseen stills from Thuppakki on his official Instagram page. The netizens are considering this as the cinematographer's hint about joining the Vijay-AR Murugadoss project.

According to the reports, the makers are planning to rope in S Thaman, the current musical sensation of the Telugu film industry, to compose the songs and background score for the project. If the reports are to be true, S Thaman will replace Harris Jayaraj, who composed songs for the first installment of the series, as the music director of Thalapathy 65.

Kajal Aggarwal, the actress who appeared as the female lead in Thuppakki, has been roped in to reprise her character Nisha in Thuppakki 2 as well.But the sources suggest that the team is also planning to rope in another popular actress as the new addition to the lead cast. If the reports are to be true, popular actress Pooja Hegde is in talks for the role.

Thalapathy 65 will mark the fourth collaboration of Vijay and director AR Murugadoss, after the great success of Thuppakki, Kaththi, and Sarkar. As per the reports, lead actor Vijay has allowed a 120-days long call sheet for the project, which is expected to start rolling in November 2020. The project is bankrolled by the popular production banner Sun Pictures. 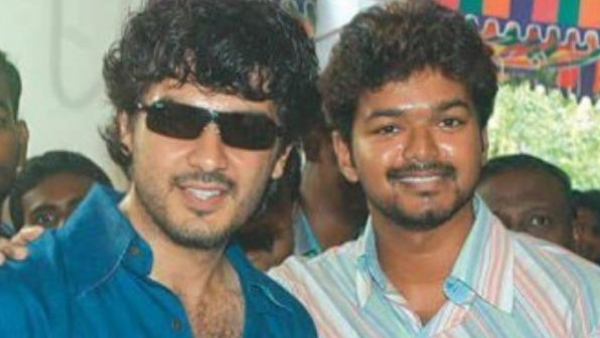