Just a few days back, we reported about Trisha Krishnan starring in Thalapathy 65 alongside superstar Vijay. Though the actor is currently busy with his film Master, several rumours are doing the rounds regarding his next release as well. It is being said that filmmaker Sudha Kongara will be helming Vijay 65th film, however, it seems Trisha won't be a part of it.

As per a report in the International Business Times, young actress Rashmika Mandanna has in fact bagged the coveted project. Interestingly, speculations were also rife about Pooja Hegde making her comeback in Kollywood with this film. But looks like fans will have to wait a little longer for that as Rashmika seems to have won the race this time.

The same report also suggests that the makers will soon make an official announcement regarding the casting of Thalapathy 65. Rashmika, who started her acting career in 2016, is slowly making her mark in the South film industry by signing all the big projects. Last year, she gave a hit in the form of Dear Comrade along with Vijay Deverakonda and then earlier this year, she was seen in Mahesh Babu starrer Sarileru Neekevvaru which also turned out to be a box office success.

While Sarileru Neekevvaru came out on January 11, Mandanna's other release, Bheeshma, arrived in theatres on February 21. With two releases already this year, Rashmika now has two more films in her kitty. The actress has signed Nanda Kishore's Kannada film Pogaru and will also be making her Tamil debut with Sultan which is directed by Bakkiyaraj Kannan.

As for Vijay, he is filming for Lokesh Kanagaraj's directorial venture Master which is slated to release on April 9. The movie also stars Vijay Sethupathi in the lead along with Arjun Das, Andrea Jeremiah, Malavika Mohanan and Shanthanu Bhagyaraj in supporting roles. 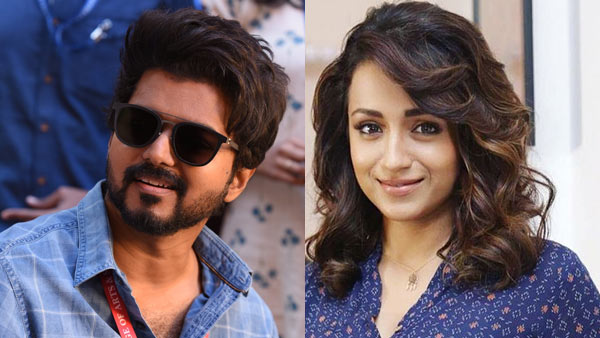