Thupparivaalan 2 has been in the news since director Mysskin announced his exit from the project. To add more spice to the situation, Mysskin had issued a notice to Vishal which has gone viral on the internet. Now, Vishal has responded with an open letter in which he wrote that no producer should go through ordeals that he has faced because of the director. The highlight of the letter was Vishal seeking blessings for his directorial debut with Thupparivaalan 2 which makes it obvious that Mysskin is indeed out of the project.

Here is @VishalKOfficial's official statement on why he is turning a director with #Thupparivaalan2.

He will be launching the first look poster of the film this evening. pic.twitter.com/kB6Ge5wg5a

Talking about Vishal-Mysskin rift, apparently, the latter had demanded Rs 40 crores for shooting further, to which Vishal had disapproved stating that the amount was more than the stipulated one. The actor had added that he was not in a condition to shell out the amount at that time and also confirmed helming the fantasy thriller.

On the other hand, while talking to a leading daily, Mysskin had said sarcastically that he hadn't asked for Rs 40 crore, but rather had asked Rs 400 crore. The notice bears 15 demands and conditions set against the actor's production company, Vishal Film Factory. The highlight of the notice is the 3rd condition, which says that this project will be his last one with Vishal as hero and Vishal Film Factory as the producer. Also, the property rights including title, character name, sequel, and prequel shall belong to the director.


The notice ends saying that disagreement with any of the points from the producer will render the director to force his services to Vishal Film Factory with respect to Thupparivaalan 2.
Well, it will be interesting to see how Vishal responds to the notice served by Mysskin
Coming back to Thupparivaalan 2, it is the sequel to the 2017 thriller Thupparivaalan which had Vishal and Prasanna in the lead. Prasanna, Lovely Singh, Nassar, Gautami and Rahman will feature in the second installment of the movie. 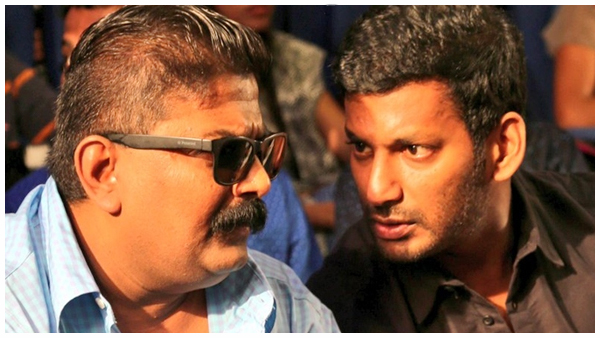