Vishal's Thupparivalan 2 recently grabbed the attention for the wrong reason even before its release. As per reports, Vishal has taken over the movie after Mysskin's exit due to their rift over the movie's budget. Apparently, the actor and the director of the action thriller which is produced by Vishal under the banner Vishal Film Factory had a huge budget disagreement. Reportedly, Mysskin had asked Rs 40 crores, which Vishal had disapproved stating that the amount was more than the stipulated one which he was not able to shell out at that time. Eventually, the former had to back out from the project due to the rift.

Talking about who will helm the project after Mysskin's exit, there are rumours doing the rounds that the actor himself would take up the project to finish the remaining portions. There is no official announcement made about the same.

Coming back to Thupparivalan 2, it is the sequel to the 2017 movie Thupparivalan which had Vishal and Prasanna in the lead role. In the second installment Prasanna, Lovely Singh, Nassar, Gautami and Rahman will be seen essaying pivotal roles. Nirav Shah will crank the camera while Illayaraja will have music directed for the movie. 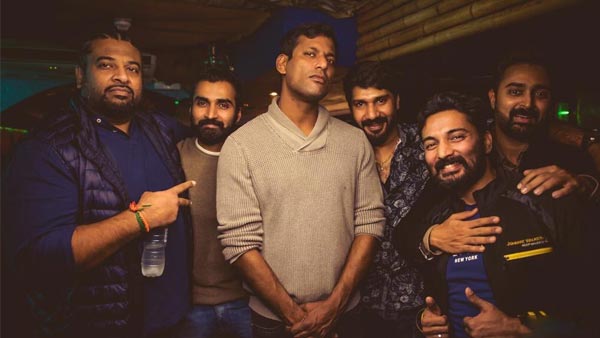 Vishal's 'Thupparivalan 2' Shooting Wrapped Up! Makers Share An Interesting Picture Of The Cast