Director Atlee Kumar's Bigil, starring Vijay in the lead, came out in October last year and immediately stormed the box office not just in India but abroad as well. The movie mostly opened to positive reviews and then went on to impress the audience with its women-empowerment theme.

There is no denying the fact that Bigil was one of the biggest Tamil hits of 2019. However, the sports-action film recently premiered on television and though it garnered impressive viewership, Vijay starrer failed to surpass the TRP record of Ajith starrer Viswasam. Bigil reportedly managed to get 1,64,73,000 impressions for its grand television screening.

As for Viswasam, the action-drama had its television premiere last year on Ajith's birthday and created a record by registering 1,81,43,000 impressions. To date, that's the highest viewership rating for any Tamil film when it comes to television premiere. In fact, Vijay's blockbuster film is fifth on the list.

With 1,76,96,000 impressions, Vijay Antony's Pichaikkaaran is on the second spot, followed by Vijay starrer Sarkar and Sivakarthikeyan's Seema Raja. Coming back to Vijay, the talented actor will next be seen in Master which is being directed Lokesh Kanagaraj. Just last week, the second look poster was released on the web by the makers and the fans couldn't stop gushing about it on social media.

While Vijay plays the titular role in the action-thriller, Vijay Sethupathi will be seen portraying the role of a baddie in the film. It's the first time that these two will be seen sharing screen space on 70mm. Master also stars Shanthanu, Andrea Jeremiah and Malavika Mohanan in prominent roles. Currently, the cast is gearing up for the last shooting schedule which will kick off next month. Produced by Xavier Britto, Master is slated to hit the screens on April 9. 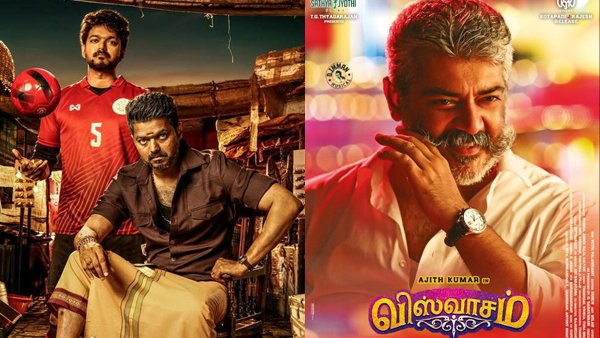