We had earlier reported that Tamil movies, which had released before the 21-day nationwide lockdown, might gear up for the release on OTT platforms. Harish Kalyan's Dharala Prabhu had its OTT release recently on Amazon Prime. Contrasting to such movies, makers of Walter are going to adopt an unlike strategy.

As per reports, the makers of the Sibiraj-starrer will not release the movie on OTT platforms during the lockdown as told earlier. Apparently, the producers are planning to continue the theatrical run after the lockdown is lifted. If it happens, the movie will mark the first one to get a re-release post the Coronavirus pandemic. Well, a confirmation has not yet come from the makers part about the re-release date. Initially, the action-crime thriller was released on 6th March 2020.
Talking about the review, the movie had received mixed responses from the audience. Sibiraj, who appears as the titular character will be seen essaying the role of an IPS officer. Earlier, the director of the movie, U Anbarasan had clarified that the film has nothing to do with Sathyaraj's (Sibiraj's father) movie Walter Vetrivel, in which he plays a cop too. Nenjamundu Nermaiyundu Odu Raja fame Shirin Kanchwala has been paired opposite the actor.
Bankrolled by Shruthi Thilak under the banner 11:11 Productions, Walter revolves around child trafficking. The movie has music composed by Dharma Prakash and features Samuthirakani, Natarajan Subramaniam and Sanam Shetty in supporting roles. 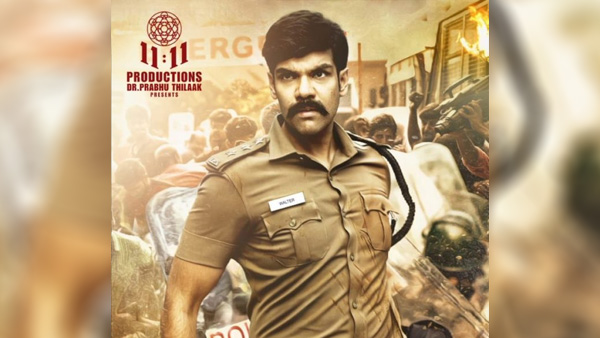 Walter Twitter Review: Here Is What Audience Feel About The Action Crime Thriller!