Director and cinematographer KV Anand passed away on Friday morning at a private hospital in Chennai after he suffered a heart attack. He was 54.

As per TOI report, the director had a sudden chest pain late in the night yesterday, post which he himself drove his car to the hospital and got himself admitted. As per film analyst Ramesh Bala's tweets, the legendary director passed away at 3 am and his mortal remains will be brought to his home in Adyar. He also said that the last rites of late KV Aanand will take place today evening.

Fans and celebrities like Allu Arjun, Rajinikanth, Kamal Haasan, Khusbhu Sundar and others mourned the loss of the director.

Allu Arjun tweeted, "Just woke up to this sad news that Dir KV Anand garu is no more. Wonderful cameraman , brilliant director and very nice gentleman . Sir you will always be remember & missed . Condolences to the near , dear & family. Rest in Peace Sir . #KVAnand." 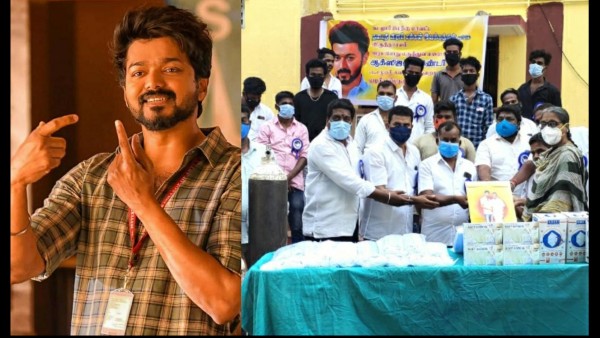 Rajinikanth took to Twitter to express his shock and wrote, "The demise of respected KV Anand is shocking and painful. My deepest condolences to his family. May his soul attain peace." Khushbu Sundar wrote, "Just unbelievable!! #RIP #KVAnand 🙏 🙏" and Harris Jayaraj commented, "unfortunate and extremely shock to hear this devastating News. RIP my friend KV Anand."

Kamal Haasan paid tribute to the late director and tweeted, "KV Anand, who started his career as a photographer in magazines, had established himself as an outstanding cinematographer and director due to his unwavering dedication. His demise is a disaster for cinema. Tribute."

Aishwarya Rajesh shared a picture and wrote, "Shocking ... i can't believe this... RIP sir 💔💔💔💔," while Gautam Karthik wrote, "We've lost a wonderful creator. #KVAnand sir may you rest in peace. My condolences to the family.."

Here are some other celeb's tweets,

#KVAnand sir u left too soon ... strength to your family and fans ... Om Shanti🙏.

Such a well mannered, soft spoken gentleman and a proven bundle of talent! Shocked to hear the news, strength to the family #Ayan will forever be my favourite work of yours! #RIPKVAnand sir.

It's so shocking to hear about KV Anand. A dear friend who was very passionate about cinematography and film making .. my deepest condolences to his family ,fans and our film industry friend.#RIPKVAnand.

For the uninitiated, Anand turned director with Kanaa Kanden, and his film Ayan starring Suriya became a huge commercial success. His other popular films include Mudhalavan and Sivaji (as cinematographer), Ko, Maattrraan and Kavan (as director). He had also received National Film Award for Best Cinematography in 1995 for Malayalam film Thenmavin Kombath, which was also his debut project. Not only in south, he had also worked in Hindi cinema and cranked the camera for movies like Shah Rukh Khan's Josh, Anil Kapoor's Nayak, Khakee, etc.