During his conversation with film critic Baradwaj Rangan for his biographical book Conversations with Mani Ratnam (2012), the director had revealed that films were a taboo at his home. He further explained that his siblings and cousins (younger generation) were not encouraged to watch films, except for those that were made by the family.

Well, coming from a family where films were considered a taboo to becoming one of the top filmmakers, his story might seem straight out of a movie. However, one cannot deny the fact that Mani Ratnam's big journey might have had its share of twists and turns, ups and downs.

Starting off his career as a consultant and later joining his friends for a film, Mani Ratnam initially saw failure coming his way when the project eventually got shelved. However, the young man was determined to enter the industry with a dream of becoming a filmmaker, and after a lot of struggle and agreeing to conditions put forward by many, he made his debut as a director with Kannada film Pallavi Anu Pallavi starring Anil Kapoor and Lakshmi. 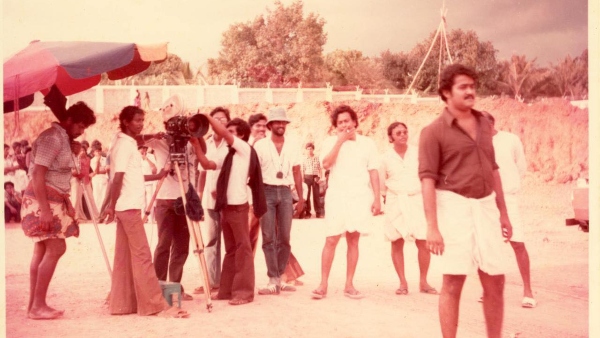 Prithviraj Shares A Throwback Picture Of His Father Sukumaran With Mohanlal & Mani Ratnam, Wins The Internet 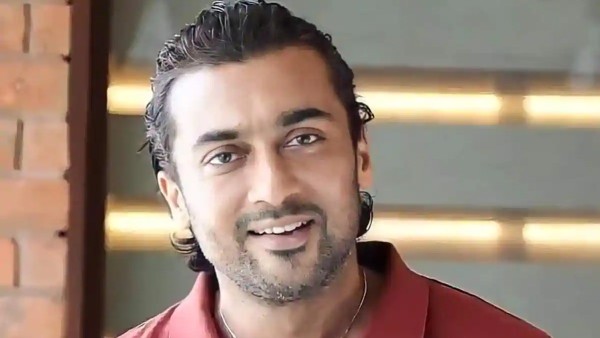 From Sandalwood to Mollywood, Kollywood, Tollywood and later to Bollywood, Mani Ratnam gradually climbed the ladder of success purely with his dedication, immense effort and passion towards his first love- Cinema. His journey from a wannabe to a renowned director is undoubtedly an inspiring tale one can take note of. Well, as Mani Ratnam turns 65 today, we bring to you 5 best movies of the ace filmmaker that you need to watch before his forthcoming film Ponniyin Selvan.

The 1987 crime film marked Kamal Haasan's maiden collaboration with the director. Also starring Saranya and Karthika, the film revolves around a youngster who witnesses the brutal murder of his beloved father, stabs a police officer and later escapes to Bombay only to become a gangster.

The film turned out to be a huge success especially in Ulaganayagan's career, as it fetched him the year's National Award for Best Actor. The film also won National Award for Best Cinematography (PC Sreeram) and Best Art Direction (Thota Tharani). Notably, Nayakan was remade in Bollywood as Dayavan (1988) that featured Vinod Khanna and Madhuri Dixit in lead roles.

Iruvar, the political drama of Mani Ratnam grabbed huge attention as the director this time roped in Malayalam actor Mohanlal in his film, after almost 13 years of their Mollywood flick Unaru (1984). Iruvar revolves around an actor and a scriptwriter who become friends and involve in politics. However, the situation changes when a party leader dies and the two become rivals.

The 1995 romantic drama Bombay was an absolute gem of a movie that earned several coveted accolades nationally and internationally. Starring Arvind Swami and Manisha Koirala in the lead roles, the film put forward a story that involved controversial subjects like the Bombay riots and Babri Masjid demolition that led to repulsion between Hindu and Muslim communities. Along with the storyline, AR Rahman's music composition also captured people's interest as all the songs including ‘Uyire', ‘Kannalane' and ‘Hamma' turned out to be chartbusters upon Bombay's release.

Starring Arvind Swami and Madhoo, the film revolved around a young lady who is on a mission to find her husband, after learning about his abduction by militants. The 1992 romantic thriller became a huge hit at the theatres and indeed catapulted director Mani Ratnam to never-seen-before heights of success. The film won 3 National Awards- Best Music Director (AR Rahman), Best Lyricist (Vairamuthu) and Nargis Dutt Award for Best Feature Film on National Integration. The film also received 5 Tamil Nadu State Awards and 2 Filmfare Awards South along with other national and international honours.

The critically acclaimed film Mouna Ragam marked Mani Ratnam's third venture in Tamil. The 1986 romantic drama had Mohan, Revathi and Karthik in key roles. The film revolves around the life of a young woman who is forced into an arranged marriage at a time when she mourns the death of her boyfriend. Her unconventional life as a wife and her inner conflict is Mouna Ragam's subject of focus. Notably, Mani Ratnam bagged his first National Award because of the film in the category Best Regional Film. He also won the year's Filmfare Awards South and Cinema Express Award for Best Director.

Well, the list doesn't end here. However, we take a pause and wish the doyen of Indian cinema Mani Ratnam a very happy birthday.