Actor-politician Kamal Haasan revealed a day before the Tamil Nadu assembly elections on Monday that he will give up acting if it acts as an obstacle in his political career. The MNM (Makkal Needhi Maiam) chief revealed the same to the media in Coimbatore. The actor, who is contesting from Coimbatore South constituency, also stated that he will be completing the films which he has signed up for and then think about taking up new ones.

Kamal revealed that acting is his profession and that he will continue to work in the cinema. However, he added that if the same proves to be a hurdle in his political career, he will readily give it up. The Chachi 420 actor said, "Acting is my profession. I will continue to work in the cinema. But if it poses a hurdle for my political career, I will give it up. I will finish movies that I signed earlier and then think about taking new assignments." 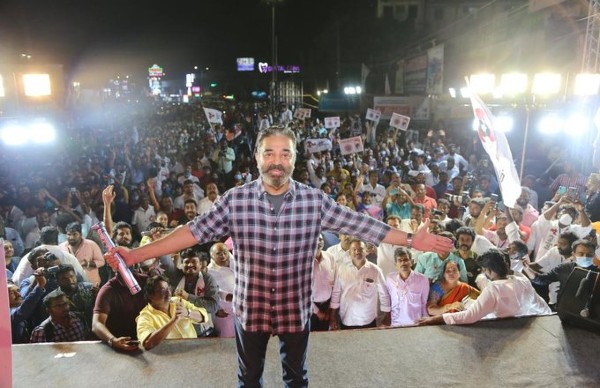 The actor also gave the example of legendary actor-politician MG Ramachandran, who had also continued working in several movies after being appointed as MLA. The Indian actor revealed, "Many people say this (working in movies and politics simultaneously) is wrong. Even after becoming MLA, MGR acted in many films. The money he earned from acting helped him carry forward his political journey. I also need money for the same." 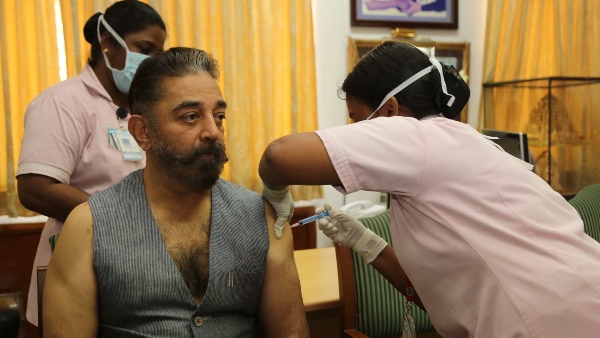 Kamal Haasan is currently on a campaigning spree for his party MNM. His daughter Akshara Haasan and niece Suhasini Mani Ratnam have also been campaigning for his party. Apart from requesting people to vote for the actor, the two recently also danced to the beats of the drums. During one of their election campaigns, Akshara and Suhasini can be seen dancing to their heart's delight. Take a look at the video.

Recently Akshara also shared a lovely post for her father. She shared a picture wherein she and her father can be seen having an endearing moment. The Shamitabh actor also shared another picture, wherein she can be seen watching her father walk onto a stage. She captioned it as, "My Bapuji, a true fighter. When he does what he loves, he fights through all kinds of pain." Take a look at the tweet.

My Bapuji, a true fighter. When he does what he loves, he fights through all kinds of pain. #JeanCladGandhi pic.twitter.com/hEouEDCe7u