Nayanthara and Vignesh Shivan have been dating each other for a long time now. The director has often seen sharing romantic pictures with his ladylove on his social media handles. Ever since Nayanthara and Vignesh Shivan confirmed their relationship, fans can't wait to know about their marriage plans. Well, a few months ago, Vignesh himself confirmed that they will get married, but only after completing their prior work commitments.

Amidst all, the couple's recent romantic picture is currently going viral on social media, and fans have started speculating about their engagement after seeing it. Vignesh Shivan recently took to Instagram and shared a picture, in which a ring can be seen on Nayanthara's ring finger. He captioned the pic as, "Viralodu uyir kooda korthu.... (Connecting each other's lives with fingers)."

Well, the caption as well as the picture, is quite romantic, and it is giving a strong hint about their engagement. Many social media users are also stating that the couple got engaged and will soon reveal the wedding date. However, Vignesh Shivan and Nayanthara have not said anything about the same.

On the professional front, Nayanthara will next be seen in Malayalam film Nizhal opposite Kunchacko Boban and three Tamil films- Netrikann, Annaatthe and Kaathuvaakula Rendu Kaadhal. Talking about Annaatthe, she will be seen sharing screen space with Rajinikanth. On the other hand, Kaathuvaakula Rendu Kaadhal will be directed by her beau Vignesh Shivan and it also stars Vijay Sethupathi and Samantha Akkineni in the lead roles. Nayanthara's last film Mookuthi Amman, directed by RJ Balaji, turned out to be a big success. 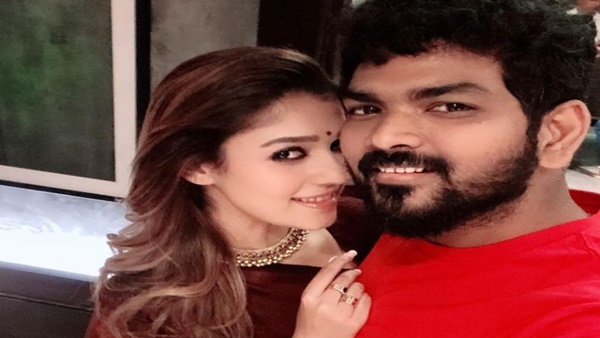 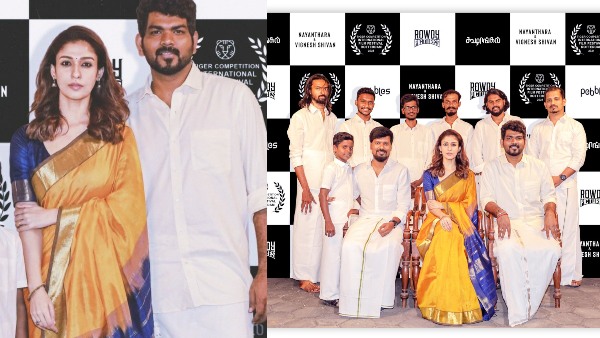