Thala Ajith's Valimai is unarguably one of the most-anticipated upcoming projects of the Tamil film industry. The H Vinoth directorial, which has been under production for over the last year, is now delayed indefinitely due to the second wave of pandemic. Recently, actor-producer RK Suresh revealed some exciting details about Valimai.

In an interview given to TOI, RK Suresh stated that the Thala Ajith-starrer will bring back the audiences to the theatres. The actor-producer, who is a die-hard fan of Ajith Kumar, revealed that he has been eagerly waiting to watch the high-voltage action thriller on big screens. In the interview, Suresh also opened up about the action sequences of the movie.

According to the actor, Valimai has some power-packed action sequences. RK Suresh added that Thala Ajith has done a brilliant job in Valimai, and the H Vinoth directorial is going to be a landmark film in the megastar's career. Suresh's revelations came out as a great relief for the Ajith fans, who have been eagerly waiting for the Valimai update.

As reported earlier, an international action stunt choreographer and his team have designed the action sequences of the Ajith starrer. The sources suggest that Valimai majorly revolves around racing, and will have some high voltage action scenes that involve racing. Thala Ajith has reportedly shot for the action sequences himself and has not used a stunt double in the movie. 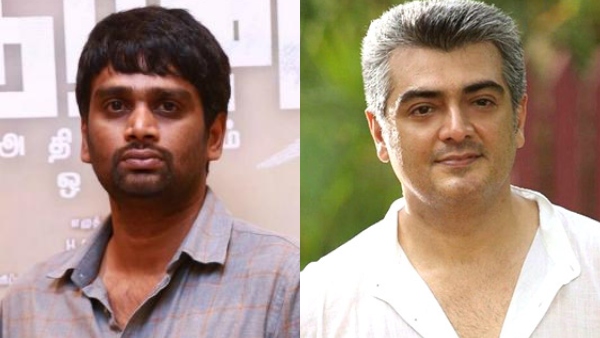 Ajith To Start Shooting For His Next With H Vinoth Before Valimai's Release?

Valimai, which marks Ajith Kumar's second collaboration with director H Vinoth, will hit the theatres only after the world comes back to normalcy. Yuvan Shankar Raja has composed the songs and background score for the movie. The project is jointly bankrolled by Boney Kapoor and Zee Studios.