Bigg Boss Tamil fame Vanitha Vijaykumar recently made headlines after she quit BB Jodigal midway. According to reports, the actress was disappointed with the judgment of Baahubali star Ramya Krishnan, one of the judges of the popular reality show. The duo even engaged in a war of words following which Vanitha decided to walk out of the show.

Days after her exit, Nakkhul, the second judge of the show opened up about the whole event during one of his interactions with a leading tabloid. Reportedly, he shared that Vanitha's previous act lacked energy and they were expecting her to do well given that she stayed idle for almost 2 minutes during the performance. Stating that comparisons are bound to happen between contestants in a show, the Boys star added that Vanitha could have taken the comments sportingly. To a much surprise, he also alleged that Vanitha had made derogatory remarks against him after he left the shooting location.

Though initially the Manikkam actress didn't respond to any of Nakkhul's remarks from the interview, she recently clarified the reason behind quitting the show by replying to one of her fans, who happened to share Lakshmy Ramakrishnan's tweet. Apparently, Lakshmy had taken a jibe at Vanitha in her latest tweet as she wrote, "Ignore the title and the 'FILTH' in the thumbnail :) the interview has some very good content otherwise, don't miss the part where they talk about childbirth." Let us tell you that Vanitha and Lakshmy have been at loggerheads for months and their Twitter wars have also turned out hot topics of discussion on social media.

Absolutely...too busy living my life to be bothered about blabbing jobless idiots.. what happened on the sets and what was reshot with the judges and edited to viewers are 2 different things...I didn't accept the marks which was given to us so I made my choice to not continue.. https://t.co/win3dq9Y0R

Well, responding to Lakshmy's remarks, Vanitha replied to her fan, "Absolutely...too busy living my life to be bothered about blabbing jobless idiots.. what happened on the sets and what was reshot with the judges and edited to viewers are 2 different things...I didn't accept the marks which were given to us so I made my choice to not continue." 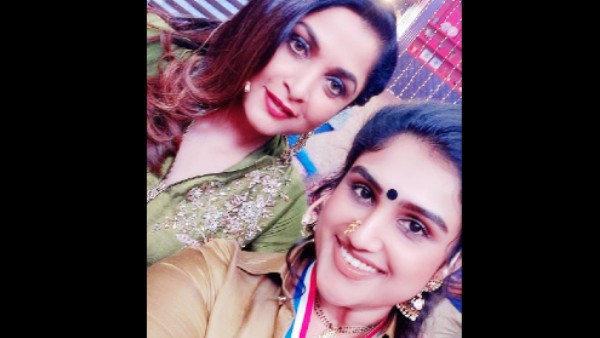 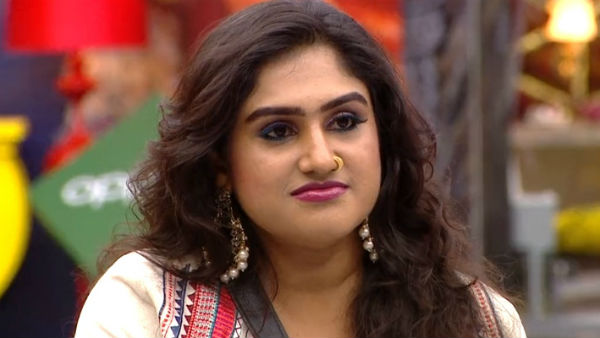 Vanitha Vijaykumar Reveals About Her Issue With Peter Paul; Says 'He Loves Alcohol More Than Me'

Saying that no one should judge or talk about her disagreements with Ramya Krishnan, given that the duo has maintained silence over the issue, she added, "And if I had a fallout with someone it means we have a personal history and it was between us..no one can judge it or talk about it when both of us are shutting our mouths."