It's confirmed! The former contestant of Bigg Boss Tamil's first season Snehan has been evicted from Bigg Boss Ultimate. His eviction will be announced by host Silambarasan in the Sunday episode of the show. Apart from him, Balaji Murugadoss, Juliana and Suruthi were nominated last week. Unlike the usual process, housemates were required to save any two contestants from the upcoming eviction. Niroop, the new captain of the house was exempted from the process, while many saved Sathish asserting that he is new to the house and might require more time to understand the game.

Coming back to Snehan, his performance in the tasks was up to the mark, however, his altercation with Thamarai Salvi during a task had garnered a great deal of attention. Apparently, during the coin task, the two were seen arguing about playing a fair game. Their debate was highly discussed on social media, and a major section of netizens was seen supporting Thamarai and slamming Snehan. 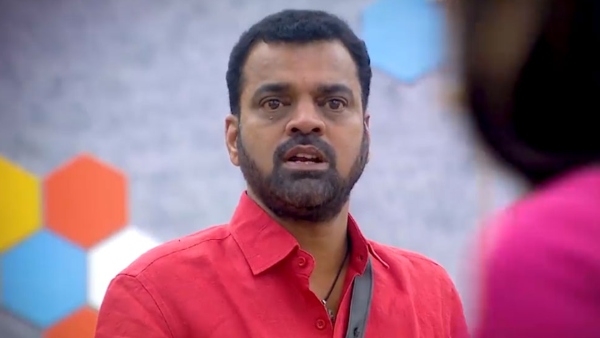 On the flip side, in another task where housemates were required to choose a contestant based on character traits, most of them were seen choosing Snehan as a person who goes missing in the crowd. Notably, a few of them also chose him as a boring housemate.
Well, his eviction was expected weeks before. Last week, rumours were rife about Snehan and Thadi Balaji's double eviction, however, only the latter was seen walking past the exit door. Well, Snehan's eviction has surely disappointed fans who were highly elated with his comeback in the show and were expecting him to enthrall the audiences.

On a related note, Ramya Pandian has entered the house as the third wild card. If reports are to be believed, Bigg Boss Tamil 3 fame Losliya will be soon entering the madhouse.