Dhanush and Aishwaryaa Rajinikanth, one of the most popular star couples in the Tamil film industry, have parted ways. The couple took to their official social media handles on Monday (January 17, 2022) to announce their separation after 18 years of being together. The news came as a great shock for fans and well-wishers of Dhanush and Aishwaryaa.

Read the statement issued by Dhanush and Aishwaryaa:

"18 years of togetherness as friends, couple, as parents and well wishers to each other. The journey has been of growth, understanding, adjusting, and adapting...Today we stand at a place where our paths separate...Aishwaryaa and I have decided to part ways as a couple and take time to understand us as individuals for better. Please do respect our decision and give us the needed privacy to deal with this. Om Namashivaaya! Spread Love, D," wrote Dhanush in his official statement.

Aishwaryaa Rajinikanth also shared the same statement on her official social media handles, announcing separation from Dhanush. "Much love always to you all :) God speed. Aishwaryaa Rajinikanth," she concluded. "No caption needed...only your understanding n your love necessary!," Aishwaryaa captioned her Instagram post.

Dhanush's Maaran To Get A Direct OTT Release In February 2022: Reports

Dhanush tied the knot with Aishwaryaa, who is the elder daughter of superstar Rajinikanth, on November 18, 2004. It was a love marriage for the couple, who were introduced to each other by Aishwaryaa's younger sister Soundarya Rajinikanth. The couple's wedding news created quite a stir, as the National Award-winning actor was just 21 years old at the time of his wedding. The couple is blessed with two sons, Linga and Yatra. 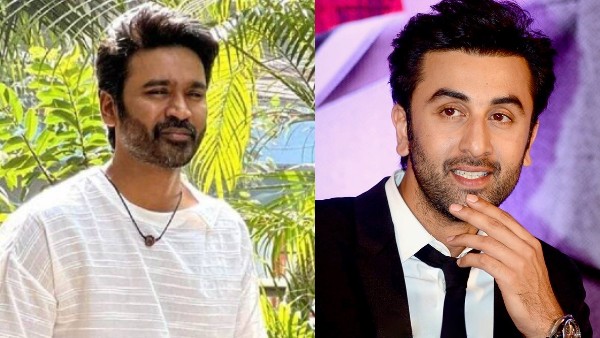 Dhanush Wishes To Do A Hindi Film With Ranbir Kapoor; Calls Him A Fine Performer

Aishwaryaa Rajinikanth had made her directorial debut in 2012 with the movie 3, which featured Dhanush and Shruti Haasan in the lead roles. The viral song Why This Kolaveri Di from the movie was celebrated across the globe. Dhanush had bagged several awards and accolades for both his performance in the film, as well as for the playback singing.