Dhanush's upcoming action-adventure film, under the direction of Arun Matheswaran, Captain Miller is progressing at a fast pace after the film went on floors in October. Dhanush, who has several other films to work on, is ensuring that the schedules are on time and the film meets the release date deadlines. The actor was last seen in Naane Varuvean under the direction of his brother Selvaraghavan, in which he played a dual role. His Thiruchitrambalam movie was also one of the successful Tamil films of 2022. 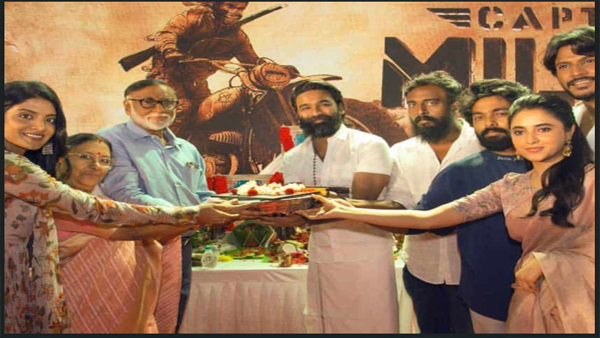 According to the buzz, we hear that Kannada actor Shiva Rajkumar, brother of Punith and son of Rajkumar, will be seen in a special cameo in Captain Miller. Shiva Rajkumar is also going to be part of Superstar Rajinikanth's upcoming film Jailer.

Captain Miller is a film that belongs to the pre-independence era, the 1940s. The movie is about an LTTE activist and his revolutionary life. The movie is expected to complete filming by the end of April 2023 and enter the post-production phase.

Captain Miller stars Sundeep Kishan, Nivedithaa Sathish, and others in prominent roles. Priyanka Arul Mohan is the female lead opposite Dhanush in the film. The movie will be released in theatres in the middle of 2023. Produced by Satya Jyothi Films, Captain Miller has music by GV Prakash Kumar.