Suriya's Etharkkum Thunindhavan released theatrically on March 10 and opened to incredible response at the theatres. With the release, the leading man scored a hat-trick, all thanks to its super success and his previously released films Jai Bhim and Soorarai Pottru, which were highly acclaimed by the audiences.

Well, days after ET's theatrical release, its premiere has now made headlines. If reports are to be believed, the thriller will start streaming on April 7. Reportedly, the film will simultaneously premiere on Sun NXT and Netflix. Though an official confirmation is awaited regarding the timing, rumour suggests that the film will be out at 12 am (IST). 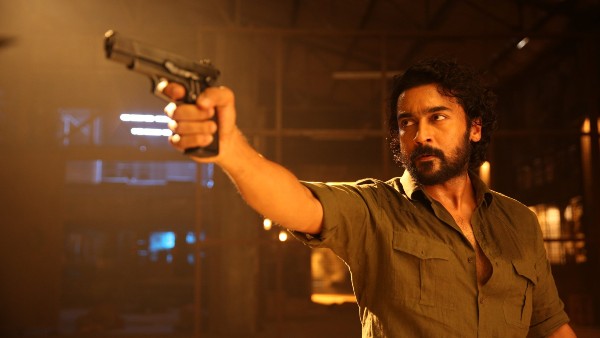 Etharkkum Thunindhavan Twitter Review: 10 Tweets You Must Read To Know How Suriya's Film Is Performing

Etharkkum Thunindhavan marks Suriya's first film to release in theatres post the pandemic. Notably, he was the only A-List actor in Kollywood to have released his projects directly on an OTT platform. Formerly titled #Suriya40, the film is directed by Pandiraj and is backed by renowned production banner Sun Pictures, which previously bankrolled Rajinikanth's Annaatthe.

Vinay Rai, who was also a part of the Sivakarthikeyan-starrer, plays the main antagonist in Suriya's latest film.

Etharkkum Thunindhavan was distributed by Red Giant Movies and was released in Tamil along with its dubbed versions in Hindi, Telugu, Malayalam and Kannada.