In an EXCLUSIVE chat with Filmibeat, directors Madhumita, Balaji Mohan, Suriya Krishna, Richard Anthony, and Halitha Shameem opened up about how the OTT wave inspired them as creators. Here is what they have to say...

Many years ago, we were watching international content and getting inspired by it and trying to see how you could make it your own. But now, we are watching all this content to avoid any similarities and ensure that our content is different from everything else. I think that is a major difference and that is the good trend that the OTT wave brought in. Because only in dire circumstances, your creative sensibilities open up and you explore a little more.

What struck me as a welcoming change was the people consuming content from multiple languages. As filmmakers, we always have been doing that to learn. We obviously see international films, and we see films from other languages. But that sort of become normal for even a common audience now. I think, even more during the lockdown, and watching films on OTT platforms is a major reason for that to happen.

And people got exposed to so much content, and got used to watching with subtitles, and that is a welcoming change that happened. That is something that I noticed. I've always been doing this, even its not for the lockdown. Yes, I did consume a lot more content during the lockdown. 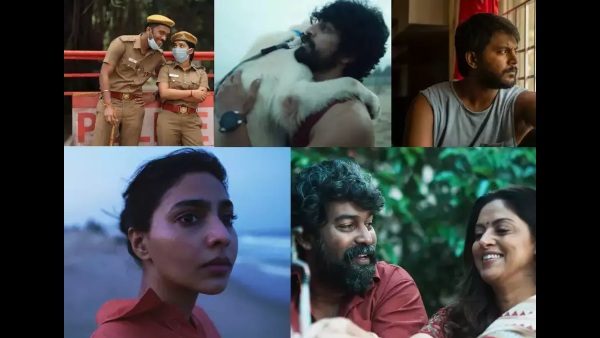 EXCLUSIVE: Aishwarya Lekshmi On Putham Pudhu Kaalai Vidiyaadhaa...: "I Love The Way It Is Written"

When I see the content that we consume on Indian OTT, the one good thing I started noticing is the writers. Which was not the case earlier, right? I felt this is more of a writers' medium. Because if you are going to expose long formats here, I think it is going to be a writers' thing. This is a welcoming change, because with all the bitter experiences I've heard from the writers in the past - they never had a great chance with the traditional set-up. So with OTT, more writers are coming in and they are becoming the king, while directors are becoming mere technicians. It was interesting to see that.

Also, OTT is more content-driven. I think there is a difference when you are working for a theatrical experience. The sensibilities change with your approach in your writing. That is an interesting perspective for us to follow. That is something I realised consuming OTT content during the lockdown.

Both my and Madhumita's films got released just before the pandemic started. Immediately after the pandemic started, many people across the country watched those films. And we were tagged together when they list the top films to watch on OTT. So, I realised that many people are watching - it was the same for any content creators. The period gave us a lot of opportunities to consume more content. I realised that even the audiences from other states - not just the movie buffs, even the common audiences started watching, especially Malayalam and Telugu films. Even I did explore quite a few.