Social media is abuzz with tweets hailing comedy actor Sathish's latest outing Naai Sekar. To catch you up, the film written and directed by debutant Kishore Rajkumar follows a young man, whose soul gets swapped with a dog. Upon its release in theatres, the film received highly positive responses from audiences.

A number of renowned critics have also shared favourable reviews for the film on Twitter. Going by the reviews online looks like the film is an out and out laugh riot and will be able to keep the cash registers ringing at the box office. Moreover, Ajith's Valimai release postponement might also help the film garner more moolah at the box office. As of now, the film is having a stiff competition with Ashwin Kumar-Teju Ashwini's Enna Solla Pogirai, which has also been getting rave reviews from the cine-goers.

Coming back to Naai Sekar, backed by Kalpathi S Aghoram, Kalpathi S Ganesh and Kalpathi S Suresh under their production banner AGS Entertainment, the film has an ensemble cast including Pavithra Lakshmi, George Maryan, Ganesh, Livingston, Ilavarasu, Sriman, Gnanasambandam, Manobala and Swaminathan. A Labrador dog also plays a prominent role in the comedy film. The voice-over for the pooch was given by actor-comedian Shiva.

Meanwhile, check out what Twitterati have to say about the film.

Different pick by @actorsathish for his hero debut, in the fantasy comedy space.

Lotsa #SuperstarRajinikanth references in the film

#NaaiSekar: A jolly timepass flick centred on the fantasy idea of a man-dog role reversal. @actorsathish certainly has picked a different film for his hero avatar.

Kids are the primary target audience@KishoreRajkumar delivers a wacky comedy tale with some eccentric characters.

#NaaiSekar: @anirudhofficial's #EdakkuModakku (An Anirudh single in the title credits itself👌) is a highlight in the 2nd half; @actorsathish dances well (@Siva_Kartikeyan lyrics, Sandy choreography)@itspavitralaksh is a cute Tamil speaking heroine

Naai & Sekar both are heroes 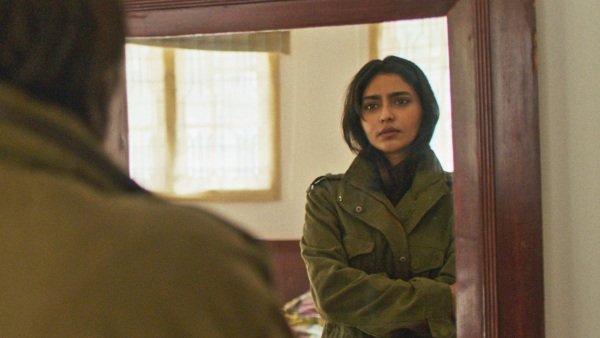 EXCLUSIVE: Aishwarya Lekshmi On Putham Pudhu Kaalai Vidiyaadhaa...: "I Love The Way It Is Written"

The film's soundtrack features three songs, out of which one has been composed by Anirudh Ravichander, while the other two are tuned by Ajesh. So far, Naai Sekar's three songs including 'Edakku Modakku' (Anirudh), 'Lol Lol Arasan' and '90's Kid' have been released. The film's trailer was released on January 1 on the occasion of New Year 2022.

On a related note, Sathish will next be seen in Kanam helmed by Shree Karthick.