Lady Superstar from the South Film Industry Nayanthara and director Vignesh Shivan have been dating each other for quite a long time now. The couple often shares their lovey-dovey pictures on their respective social media handles. Ever since the duo started dating each other, their fans have been eagerly waiting for their wedding.

And guess what, we recently got some interesting information about their marriage. If reports are to be believed, Nayanthara and Vignesh Shivan are ready to get married next month. According to Valaru, the couple has decided to tie the knot on June 9, 2022, at Tirumala Tirupati temple. Their wedding ceremony will be attended by their family members and close friends. However, there is no official confirmation about the same. 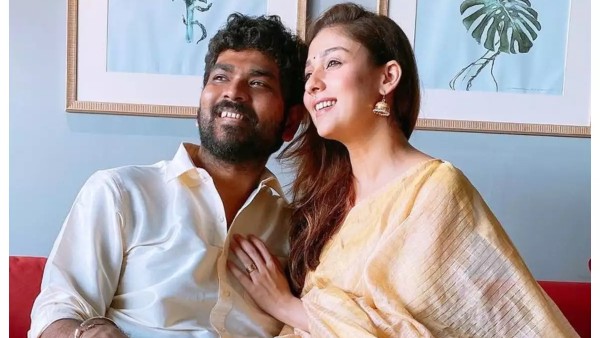 Are Nayanthara And Vignesh Shivan Married? THIS Viral Video Suggests So!

Let us tell you, the lovebirds were recently spotted in Shirdi, Ahmednagar. They had visited the holy place to seek blessings from Sai Baba. Looks like Nayanthara and Vignesh Shivan want to start the new chapter of their lives with Sai Baba's blessings.

Talking about Nayanthara's latest outing, the actress was last seen in Kaathuvaakula Rendu Kaadhal opposite Vijay Sethupathi. Directed by Vignesh Shivan, the film also stars Samantha Ruth Prabhu in a lead role. The film received mixed response from the masses as well as the critics. Nayanthara is also making her Bollywood debut as a leading lady opposite Shah Rukh Khan in Atlee's next directorial.

After their wedding news, fans are eagerly waiting for their official announcement. Stay tuned!