Suriya is currently busy with the promotions of his much-awaited project, Etharkkum Thunindhavan. During the Kerala promotions of the movie, Suriya opened up about teaming up with Bheeshma Parvam director Amal Neerad. The talented actor confirmed that he is in talks with Amal Neerad for a new project.

While interacting with the press, Suriya revealed that the Bheeshma Parvam director has narrated a story idea to him. The Etharkkum Thunindhavan actor added that he hopes that things will fall in place. Earlier, Suriya and Amal Neerad were planning to join hands for the Tamil remake of a Mammootty-starring Malayalam film (which is rumoured to be the filmmaker's directorial debut, Big B). However, the project was shelved during the initial stages due to production issues.

To the unversed, Amal Neerad had scripted a project with legendary actor Kamal Haasan and Suriya in the lead roles. However, the director's ambitious project did not take off due to the highly busy schedules of both the stars. It is yet to be revealed if Suriya and Bheeshma Parvam director are planning to revive that project. If things go as planned Nadippin Nayagan might announce his first on-screen collaboration with the supremely talented filmmaker very soon. 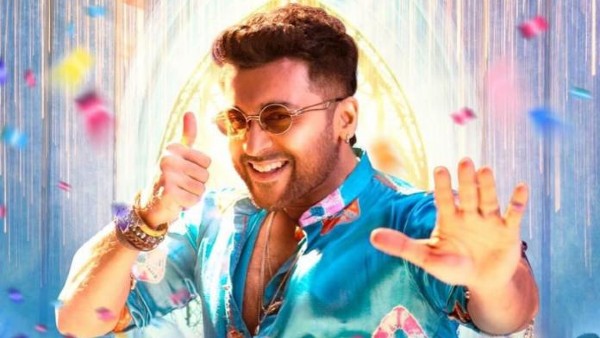 Coming to Suriya's acting career, the actor is all set to release his much-awaited project Etharkkum Thunindhavan on March 10, Thursday. The movie, which is touted to be a complete mass entertainer, is helmed by Pandiraj. Etharkkum Thunindhavan reportedly depicts a socially relevant subject in the backdrop of family and relationships.

Suriya is also joining hands with National award-winning director Vetrimaaran for his ambitious project, Vaadivaasal. The production of the film is currently under progress, and a major update is expected to be out very soon. The actor will also join hands with acclaimed director Bala once again for a project, in which he is playing a double role.