Expectations:
There will always be a burden of high expectations when a kid of a famous actor enter films. People curiously observe whether the newbie is capable of carrying forward the legacy left by his/her star parent. It is the same case for Vikram Prabhu. In case of Lakshmi Menon, who won a lot of praise for her performance in this year's hit film Sundarapandian, the actress wants to be successful again. When it comes to Prabhu Solomon, people are not expecting a commercial potboiler rather a good story, which he is known for, and that makes Vikram to showcase his acting talent. Last but not least, the film is produced by Thirupathi Brothers (N Subhash Chandra Bose and N Lingusamy), who have given quite a few hit films. So, let us see what the team has to offer. 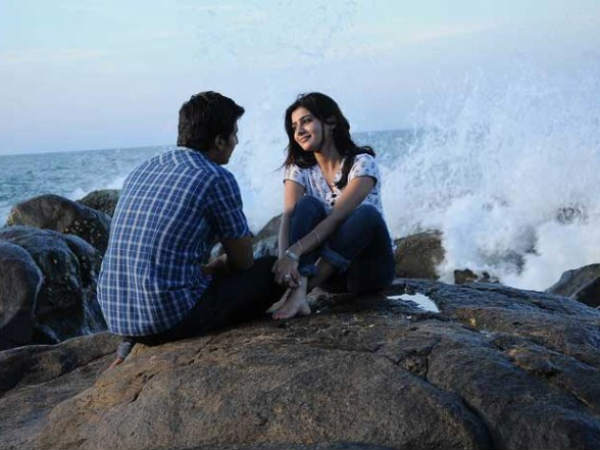 Boman (Vikram Prabhu), a mahout, has a special bonding with his tamed elephant Manikkam. Situation makes him to go to a village to save the place from wild elephants. Here, he comes across Alli played by Lakshmi Menon and they fall for each other. The remaining part should be seen on-screen. The story of the film is simple but the director has executed in such a manner that audience would witness the hard work put by the entire team in every frame. Though the movie is dragging at parts, the subject makes it engaging affair. However, the story does not have twists or turns and flows without surprising you a lot of time. And also, the climax is predictable. Continue reading the review in the slideshow...

Vikram Prabhu could not have got a better debut than Kumki. His dedication and hard work are clearly visible on-screen. In spite of having a huge pressure to deliver the best, he has come out with flying colours. Well, there is always room for improvement and he should work on acting skills.

Lakshmi Menon once again proves that she is ready to go a long way, as the actress has given her best. The actress shines all through and her combination with Vikram is really good. Thambi Ramaiah, in the role of Vikram's uncle, is superb

Imman's music has already topped the chart. There are wonderful melodious tracks and a foot-tapping number is a bonus. Hearing the songs with visuals is a treat to watch.

Sukumar's cinematography is excellent. Beautiful locations and amazing camera work are also the highlights of Kumki.

Prabhu Solomon has taken the best out of his team. Be it from his actors or his technicians, the director's vision for the nativity is seen in the film. However, the script loses grip in a few places and he could have handled the script part in a better way.