Naaigal Jaakirathai marks the comeback of Sibiraj after 4 years but most importantly, it marks the debut of a new star, a Belgian Shepherd dog named Idoh in the movie has stolen the show completely. Sibiraj's last outing was in 2010 when he starred in the movie Naanayam. Naaigal Jaakirathai has already opened up to positive reviews with impressive performances by both Sibi and the dog.

Sibiraj plays a cop in the movie and it is about a cat and mouse story told in an interestingly new angle. The movie manages to make its audience bite their nails at the end of first half as the story takes an interesting turn just before the first half ends.

There is an extensive feeling that the dog will definitely attract families to watch the movie at the theatres. Sibiraj along with the dog will make you laugh as they have done a fantastic job in tickling the viewers' funny bones right throughout the first half.

Idoh the dog aka Subramani lands up in a military officer's home in Coimbatore after an unfortunate incident transports the dog from a military camp all the way from Kashmir. The military officer, who provides refuge to the dog hands it over to Sibiraj, a cop before he leaves the town citing an unavoidable work. Sibiraj who initially feels unsure whether to keep the dog or not accepts it after the military officer explains to him the capabilities of this dog which has the potential to nab culprits and to decipher a crime scene.

Before the end of the first half, Sibiraj's wife played by Arundhati of Sundaattam fame, gets kidnapped leaving Sibiraj with a limited amount of time to find and save her. Second half moves at a rapid pace and how Sibi with the inevitable help of his dog finds his wife forms the rest of the story.

Shakti Soundar Rajan gets a special mention for his brilliant writing which depicts the actual relationship between a man and a dog. Nizar Shafi's cinematography is excellent as he has captured some brilliant expressions displayed by the dog. KL Praveen's editing is a big positive as he makes sure the movie doesn't cough up unnecessary scenes. Dharan Kumar's background score adds strength to the movie.

Overall, Naaigal Jaakirathai is an amazingly new attempt as you don't get to see a dog in the lead very often in Indian cinemas. Kudos to Sibiraj who has played a second protagonist while the dog gets the central character as the story demands for it. Watch the movie for Idoh, the Belgian Shepherd and its splendid performance and of course for Sibiraj who has done justice to his character by portraying a neat and a sturdy looking cop. 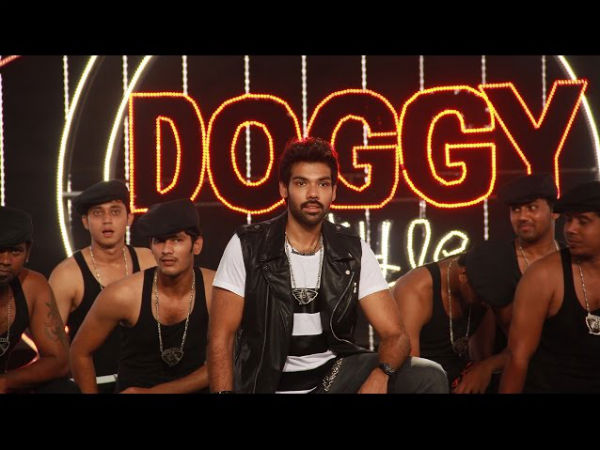