Vikram's 10 Endrathukulla (10 Enradhukulla) has swooped into many theatres worldwide today amid decent expectations from fans and movie goers. So what does this action entertainer has to offer? Continue reading our movie review to unlock the answer.

Vikram plays a car driver who is known for his speed behind the wheel. Attributed as the best driver in the whole of Chennai, the entire story revolves around him and his job which involves transporting things.

Meanwhile, Vikram gets to meet Samantha (a girl who knows nothing about driving) and after certain turn of events, 10 Endrathukulla gets transformed into a road film which might remind you of the Hollywood flick The Transporter.

Vikram carries this movie on his shoulders all the way through, which was expected from an actor like him. It was also refreshing to see the Pithamagan actor in a light-hearted role after a long time.

Samantha on the other hand gets a meaty role but the cute looking actress has failed to deliver what was required of her. At certain places, she looks emotionless to say the least.

Pasupathy comes up with a refined performance and other supporting actors have delivered the goods, which is largely negated because of the movie's not so fascinating plot.

What stands out throughout the movie is its top notch camera work by Bhaskaran KM. The visuals look sleek and are one of the biggest strengths of 10 Endrathukulla.

Another positive comes in the form of stunt sequences, for almost all such scenes (especially those involving cars) have come out really well.

While the second half is a touch racy, its predecessor moves way too slowly for a movie which was expected to be on the fast lane throughout and that comes across as a disappointment.

Bad placement of songs and the story itself are some of the negatives of this movie. Background score by Anoop Seelin offers nothing new and fails to elevate the overall feel.

10 Enradhukulla is one among the many usual commercial entertainers that largely aims at Vikram fans. Though poor screenplay and outdated story spoil all the fun, it gets saved by its hero and cameraman.

Check out the slides below for some of the interesting stills and information pertaining to the movie: 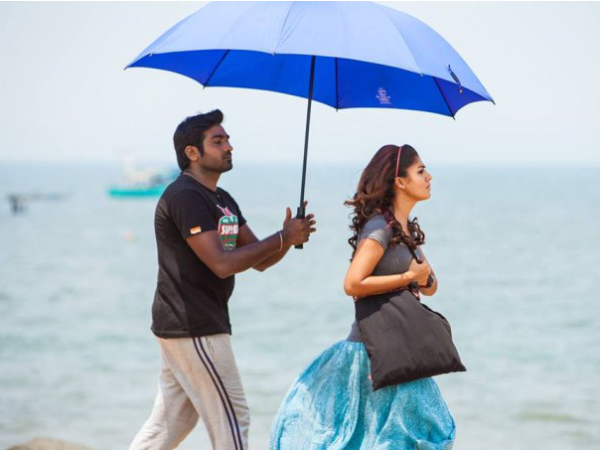 The team of 10 Endrathukulla began their first schedule on 26th May 2014. They shot for 7 days covering Hyderabad, Ladakh, Sikkim and many major North Indian cities.

The climax of this film was reportedly shot at Cappadocia in Turkey. The team had also shot in some of the other foreign locations as well.

Actress Charmme has made a special appearance in the movie. She has acted in just 4 Tamil movies prior to 10 Endrathukulla.

Shots involving CGI (computer-generated imagery) were just on par when compared to some of the recently released Tamil movies.

The on-screen chemistry between Vikram and Samantha looks fresh and thus has worked in the movie's favour.

Vikram has done his best in the movie. His upcoming movie is titled Marma Manithan and is currently being helmed by Anand Shankar.

With tough competition from Vijay Sethupathi-Nayantara starrer Naanum Rowdythaan, it should be fascinating to see how this movie performs at the box office.