After a long wait, Mani Ratnam's OK Kanmani(O Kadhal Kanmani) has finally hit the silver screen worldwide. So what does the movie has to offer? Read our review to know.

Dulquer Salmaan and Nithya Menon are two open minded youngsters leading their own lives in the urban city of Mumbai. They meet each other and become friends instantly, thanks to the similarities in the way they think.

Since they have common ideas they decide to move in together and start living together with the standard formula being, 'no strings attached'. But things begin to change and their views about life too changes with it giving rise to new problems.

What happens to their relationship, will they ever get married? Many such interesting questions are answered with the usual Mani Ratnam's touch and class.

OK Kanmani completely depends on the lead pair and boy haven't they delivered? Nithya Menon deserves a pat on her back for her performance. She stands out in her performance than Dulquer.

Dulquer Salmaan has managed to perfect his Tamil accent and his expressions too are apt for the role he's been asked to portray. Although first half is a tad bit lengthy, Prakash Raj saves it with his performance and Leela Samson playing his wife, has done justice to her character as an Alzheimer patient.

Listen To The Songs Of OK Kanmani Here

Director Mani Ratnam who has targeted the young audience at large has gone a little overboard in the portrayal of characters which can make one cringe at times.

The movie begins to look good only just before the interval and advances to a convincing climax.

Major positives of OK Kanmani are PC Sreeram's cinematography and Sreekar Prasad's editing. The veteran cameraman has taken cinematography to the next level by using angles never seen before in Tamil cinema.

The movie which was always touted to be Alaipayuthey sequel, from the time the trailer was out, is mixed with all the elements that's required to entertain today's young movie goers. OK Kanmani is more than just OK.

Check out some of the best scenes from the movie in the slides below: 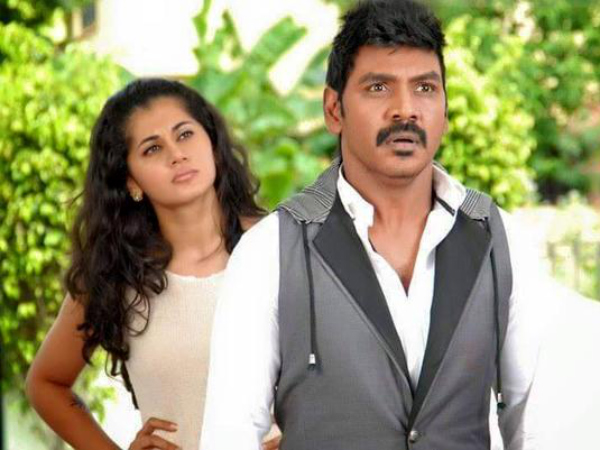 Kanchana 2 Movie Review: Ordinary Second Half Prevents It From Being Extraordinary!

Questions loom over other characters(apart from the central characters) as some of them appear to be new to the field of acting and it clearly shows on the big screen.

Both Nithya and Dulquer look at lives through a common sight and want to live it to the fullest. Their friendship grows into a relationship but they are pretty sure that it will not end up in marriage.

Background score by AR Rahman sounds hollow at times as he allows silence to take over for a couple of scenes. However, as the movie progresses, you are able to feel his magical score.

As mentioned earlier Sreekar Prasad's editing is one of the major positives in the movie. His crisp cuts not only makes the film interesting but also makes sure it is pacy especially in the second half.

The Lead Pair Has Shone

For the female lead role, Alia Bhatt was considered but she rejected the offer. Pooja Hegde was offered the role but was unable to accept it due to levied contractual obligations until the release of her debut Hindi film Mohenjo Daro.

The team subsequently held discussions with Nithya Menon for the role, while actress Parvathy was also considered, before the former was finalized.

The Rise Of A New Technology

The entire film has been shot with live sound technology. Dulquer's dialogue deliveries are impressive and it sounds as real as it can get.

Filming Of The Film

Principal photography began from October 6, 2014 with scenes featuring Dulquer Salman and Nithya Menen being filmed. Nithya revealed that the film would be shot in a short span of time and her portions would be completed by December 2014.

OK Kanmani can be termed as a prequel of the Madhavan-Shalini starrer Alaipayuthey. Dulquer's role also vaguely reminds us about Siddharth's character in Aaytha Ezhuthu

After a couple of failures, it can be said that Mani Ratnam is back in a big way by doing what he does best, dishing out an absolute romantic flick.