After an almost inevitable last minute hiccup (which is becoming common in Tamil film industry), Vishal's Paayum Puli has been successfully released today. So what does this action flick has to offer? As always, continue reading our movie review to know.

The plot of this movie is pretty simple, which comes back to haunt Paayum Puli especially in the first half. Vishal plays a police officer (ACP) who wants to clean up his city, which is hounded by numerous ruffians.

But as it turns out, his aim is much more than just eradicating local rowdies. It is to find out the root cause of all violence that's been spreading in the city like wildfire.

The root cause, in this case, forms the surprise element and Vishal's struggle to overcome it in order to succeed forms the crux of Paayum Puli's story.

Though Vishal is one of the overrated actors in Tamil cinema, the efforts he has taken to portray an unusual cop is pretty much evident.

His character has been penned with a touch of uniqueness, for which Vishal has done justice to. But the real worry kicks in when you realize the movie's female lead, played by Kajal Aggarwal, disappears even without a trace in the second half.

Her appearance in a couple of unwanted songs doesn't help either. On the brighter side of things, Samuthirakani walks away with all the accolades and saves the film along with Vishal.

While Soori fails to evoke laughter at regular intervals, rest of the supporting cast including Harish Uthaman and R.K have done a commendable job.

While Imman's background score is mediocre expect the theme of Paayum Puli, Anthony's editing is praiseworthy as the total run time is a crisp 2 hour 15 minutes.

While the second half, specially the last 45 minutes works out really well, the first half is a major worry as the romantic scenes between the lead pair has fallen flat. In fact, it can be said that Kajal Aggarwal's role is a forced infusion in the movie's script.

While the movie crouches itself in the first half, it pounces really well in the second and manages to save the day.

Check out the slides below for some interesting information and stills from the movie: 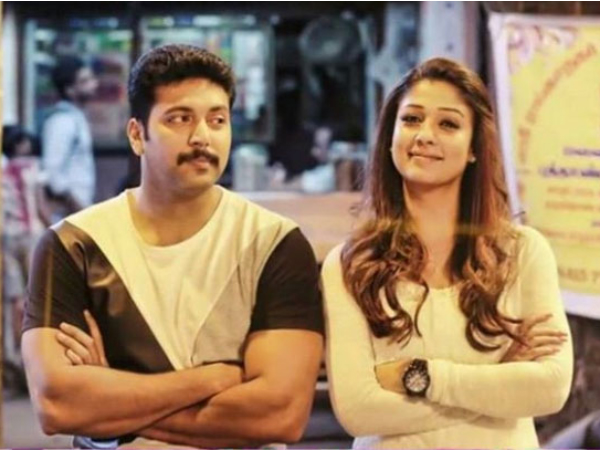 The team of Paayum Puli began shooting in March 2015 and completed the project by June. The film was mainly shot in Chennai and Madurai.

As Vishal has a decent market in states like Andhra Pradesh and Telangana, the movie has been dubbed into Telugu and has been titled Jayasurya.

Lyricist Vairamuthu had earlier confirmed that the film has been titled 'Kaaval Kottam'. But it was later changed to Paayum Puli and the makers approached AVM Balasubramaniam to acquire the rights of the title.

Cinematographer R Madhi was initially roped into the project, but he was later replaced by Velraj as Madhi got himself busy in the Telugu project Srimanthudu.

Art director Rajeevan has done a respectable job. His artistry is surely one of the positives of Paayum Puli.

RS Amudeshwar has penned the movie's dialogues. Unfortunately, his dialogues seldom work as it falls flat in many occasions. However, the conversation between Samuthirakani and his father deserves a standing ovation.

Vishal plays an undercover cop and hence doesn't don the khaki uniform until second half. It is said that the actor lost 10 kilograms to suit his character.

The makers had initially zeroed in on Lakshmi Menon to play the female lead. But as the Pandiya Naadu actress had to concentrate on her 12th grade exams, she walked out of the project, making way for Kajal Aggarwal.

Kajal plays a girl who owns a nursery. Her character has been designed in the lines of Kamal Haasan's Thenali as she is often frightened even for small things.

Samuthirakani plays a responsible politician whose moral principles are threatened by corrupt politicians and even by the people around him.