What happens when a highly acclaimed script meets the eye of a world class actor? Magic on screen is what was expected out of Papanasam. Does the movie fulfil its true potential? How different is this from the original? Read our review on Papanasam to know.

The movie begins by showcasing a happy family living a peaceful life in a small town called Papanasam, Thanjavur district.

Suyambu Lingam, played by Kamal Haasan is an honest husband and a caring father of two daughters who makes sure to keep his family happy despite suffering from monetary struggles to lead a lavish life.

When Kamal Haasan's elder daughter, played by Niveda Thomas, falls victim to today's technology handled by a wrong person, a cinematic twist ensues changing the film from a family drama to a well written sleek thriller.

As a result of an aftermath, Kamal Haasan's family gets entangled in a difficult situation. When they decide to stand against it, they realize that the issue they're up against is more than what meets the eye.

As expected, Kamal Haasan stands out with his subtle performance. While watching him perform, one can clearly read the desperation in his eyes intertwined with an urge to save his family from a sticky situation.

Kalabhavan Mani, entrusted with an absolutely critical role, accepts the challenge with open arms. His performance, which is as real as it can get grabs your attention from the word go.

Gautami who is making a comeback to Tamil film industry impresses with her convincing performance, her efforts to make the audience sympathize with her character is praiseworthy.

Supporting cast including the two girls have delivered the goods. Overall Papanasam has been served well by all its actors and actresses.

Director Jeethu Joseph apart from holding on to his successful and intriguing screenplay has also cleverly retained most of his technical crew including cinematographer Sujith Vaassudev and editor Ayoob Khan.

Apart from the first few minutes, which is the time taken for the movie to introduce its characters, the entire film is exceptionally gripping with an amazing closure.

What makes this film special is the way the director has narrated the story which is riveting and also realistic all at the same time.

Music by Ghibran is soulful and manages to capture the nativity of Thanjavur district. His background score coupled with intense scenes makes Papanasam a delectable delight.

We all know that Papanasam is a winning script and retaining Jeethu Joseph has helped immensely. But when a performer called Kamal Haasan takes up such a project, magic on screen is rest assured.

Check out the slides below for some of the best scenes along with interesting information about the movie: 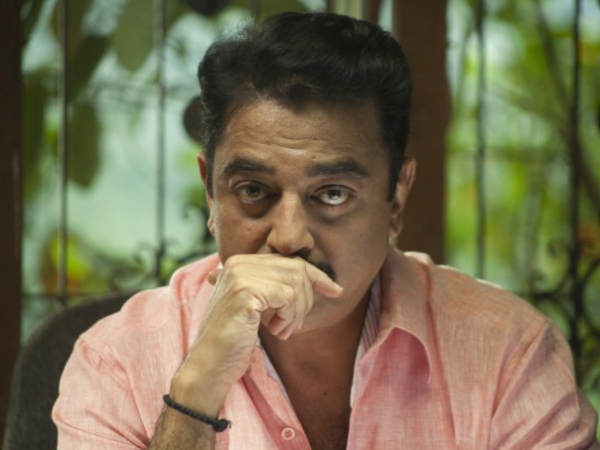 Director Jeethu had said in an interview that Rajinikanth was initially approached to do the lead role and although he was interested to take up the role, he had doubts regarding a few scenes and how they would appeal to his fans.

Noted writer/ director Suka trained Kamal Hassan to speak in the Tirunelveli accent. You will have to watch the film to know how perfectly he has uttered each and every word with precision.

Several actresses were considered and approached for the leading female roles. Simran was reported to have signed the film, but she later stated that she was not working in the film. Nadhiya, Sridevi and Abhirami were also considered.

Jeethu Joseph confirmed that shooting for the film would commence from the second half of 2014. The film kick-started with a formal pooja on 16 July 2014. Principal photography commenced on 25 August 2014.

Famed writer Jeyamohan has written the dialogues for the film. His experience and the ability to understand the pulse of Tamil audience has worked like a charm in Papanasam.

Asha Sarath who has reprised her role from the original has done a fabulous job. The efforts put in by her in Drishyam has been repeated in the Kamal Haasan starrer.

Papanasam is not only a neat family entertainer but also an edge of the seat thriller. The film should attract huge number of family audiences.

Kalabhavan Mani has done a wonderful job. His role is of vital importance and the versatile actor has delivered the goods.

One Of The Best Scenes

Watch out for the climax sequence which will melt even the hardest of hearts. There is a reason why Kamal is called a genius actor and he has yet again proved that through Papanasam.

The film is sure to do well in all of Tamil Nadu. If it does well overseas, the producers are sure to reap some big bucks for Papanasam has the potential to become a blockbuster hit.